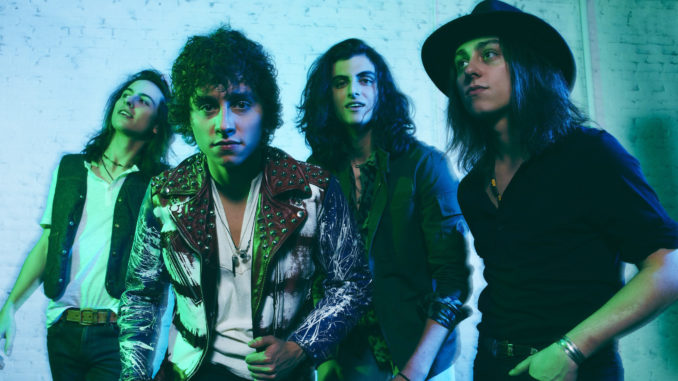 Greta Van Fleet have revealed that they are being paid by Bose to promote their products in a new tweet. They said that they will donate all income from the deal to Earth Day Network, which should dissuade any sell out accusations from their haters. Even if they did ever decide to keep money from a deal like this for themselves, they’ve earned it!

We are doing this for the first time for three reasons:

1.We use their speakers and headphones daily because of their exceptional sound quality.

2.They will be giving us a selection of free items that we will share with various members of the Peaceful Army.

3.We will be donating all income from the partnership to Earth Day Network.”

A video was also released featuring fans listening to Bose headphones at Greta Van Fleet concerts. Greta Van Fleet have been riding high this year, performing on Saturday Night Live, winning a Grammy, and headlining a North American tour in amphitheater sized venues with only one full length album under their belt. The band intend to release their second studio album later this year, though they haven’t yet released any official details regarding that record, outside of a member joking that they’d break up if another album wasn’t released in 2019.