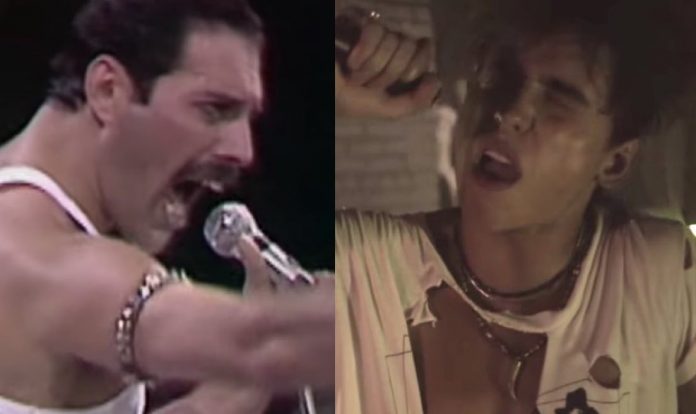 Greta Van Fleet are on the cover of the latest issue of Classic Rock Magazine, and in it, they imitate Queen’s most iconic band photo. Greta Van Fleet have been criticized at times for their similarities to Led Zeppelin, so at least this time we’re talking about a different classic rock band!

Another Classic Rock reader named Ray tweeted, “Is there anything original about that band??”

Even though the photo is an obvious imitation, we personally think it’s a nice homage, even if it is a bit of a rip off! Rock and roll fans should show some support for Greta Van Fleet as we hope to see a revival of the genre.

You can view both versions of the photo below. Greta Van Fleet and Queen are arguably the hottest names in rock and roll right now, with Greta Van Fleet nominated for multiple Grammys and the Queen biopic ‘Bohemian Rhapsody’ just winning two major Golden Globe Awards.