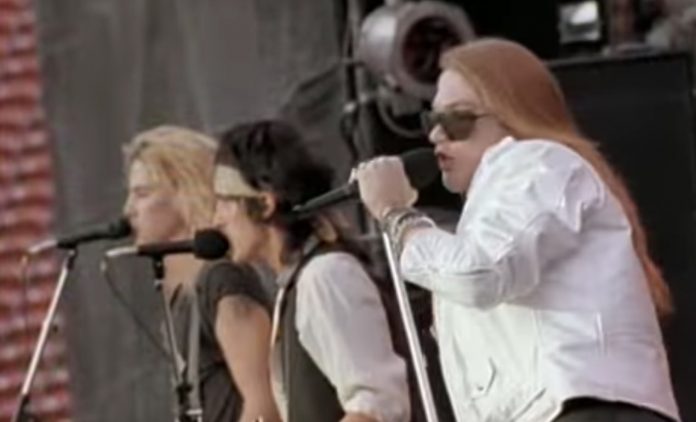 With news of Slash coming to Axl Rose’s home studio to record new Guns N’ Roses material over the weekend, fans have been researching past information about what could be to come about the new album. We recently heard that Axl Rose was hunkered down going through Chinese Democracy era material he had worked on, and that Slash and Duff McKagan could record new parts for the material, while Slash has also said he has been writing guitar riffs for a new Guns N’ Roses album.

A MyGNRForum member posted a few months ago (via GNR Central) that Guns N’ Roses employees ‘picked up’ post-Use Your Illusion Guns N’ Roses recordings from the 90’s last year, including a 1995 writing session with Duff McKagan and Izzy Stradlin.

“So last year when GnR did their LA shows a couple of fans from this page decided to come to my warehouse for a visit. While looking around they saw a row of tapes and they took a closer look. Next thing i know they are taking pics with the tapes and saying “rumbo tapes”… Ive been to rumbo many times so it meant nothing to me, but i did mention it to a GnR crew member. He mentioned it to management and the next thing i knew there was a guy at my warehouse picking them up, cataloging them and bringing them to a safe storage. I had them for over 20 years. So now they are safe and maybe some new ‘old’ music will be forth comming in the comming years….”

Could some of this material be reworked for the new Guns N’ Roses album? We’ll have to wait and see. 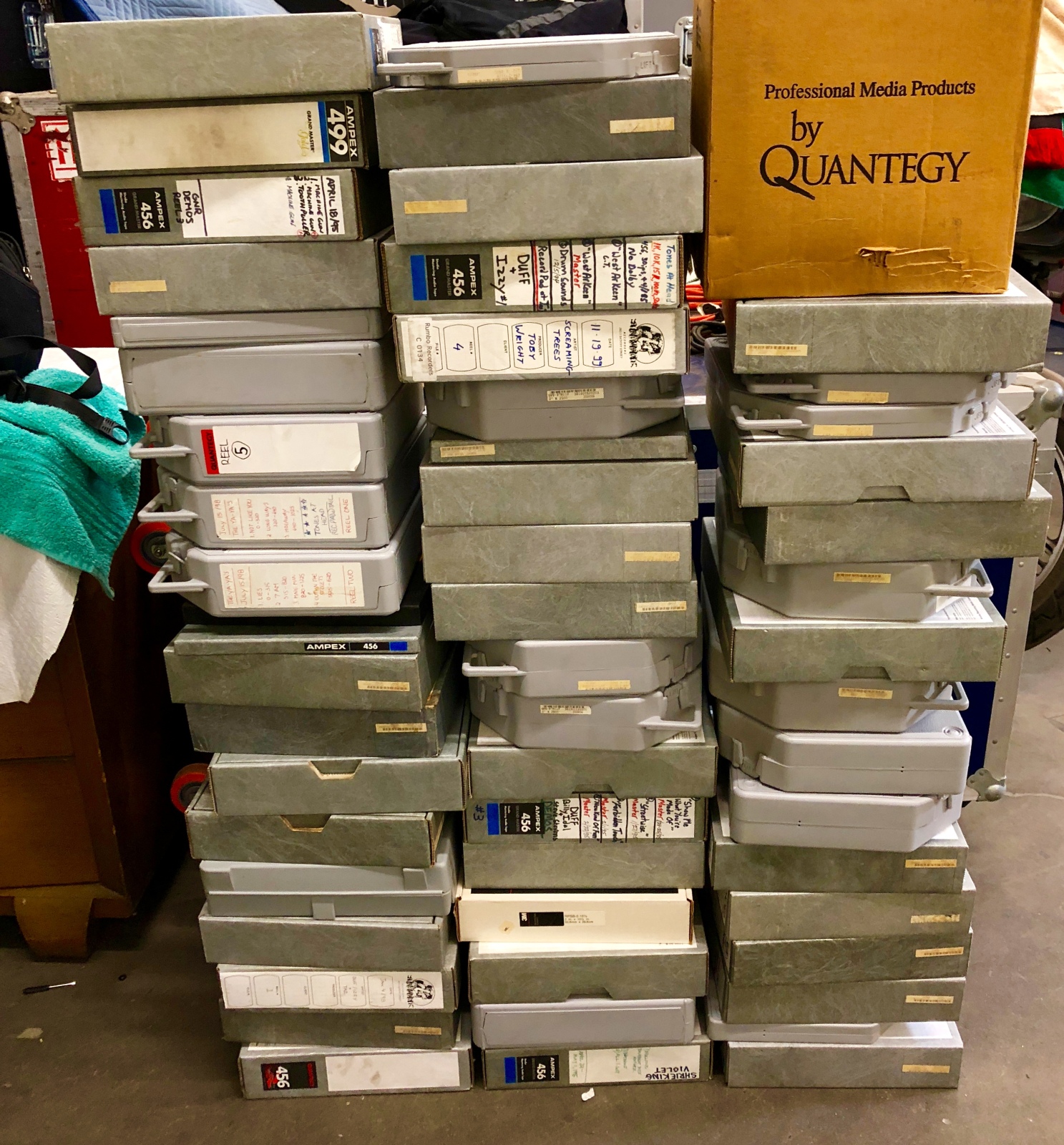