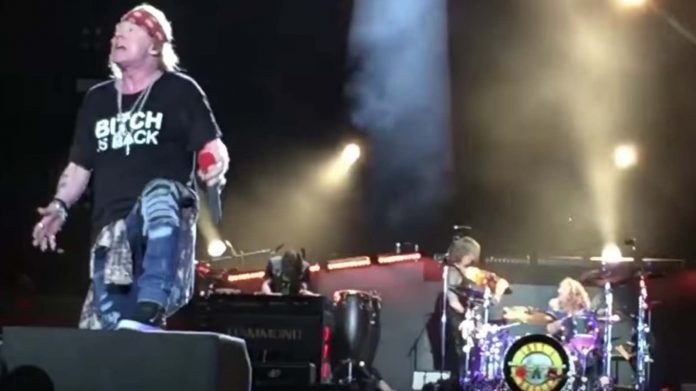 “I think Axl should have called it W-A-R, instead of Guns N’ Roses. If he called it WAR, it wouldn’t have sold any records, but having the Guns N’ Roses name, it was able to sell a few. That was like a solo record, there wasn’t one other person from the original band on it. I think there were probably 20 people playing on it, it took 17 years to make, that’s more like a solo record. Axl is really talented and very smart, I love him, I wish I could give him a hug and a kiss, but I can’t see him.”

“I think the music that we made in the beginning of our career is what kept the name alive, because him doing 17 years of nothing to make a record, I thought for sure that he was going to come out with Bohemian Rhapsody, or The Wall, or Quadrophenia, I thought 17 years to make a record, this is going to be Quadrophenia or Dark Side of the Moon, one of those great records, but it’s just Axl’s solo record.”