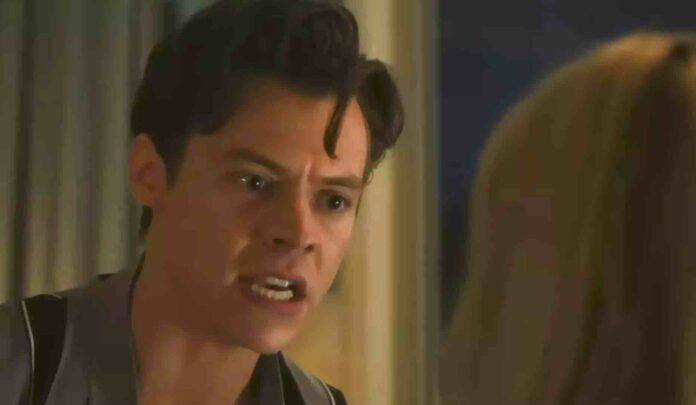 Olivia Wilde attended Harry Styles’ latest concert with some special guests by her side. The Don’t Worry Darling director was in the audience at the Kia Forum in Los Angeles Tuesday night with son Otis, 8, and daughter Daisy, 6, whom she shares with ex-fiancé Jason Sudeikis, by her side.

Wilde and her kids were spotted by fans in videos shared to Twitter and TikTok, and the actress was also seen dancing with Daisy to Styles’ hit “As It Was.” Wilde and Styles, 28, have been linked since January 2021 after meeting on the set of Don’t Worry Darling. The star has been a fixture in the crowd of his Love on Tour concert run, and was last spotted by fans at his Harryween show on Oct. 31.

In videos shared by fans to Twitter and TikTok, Wilde was dressed as a bunny — danced to Styles’ music and chatted with fans. The pair were spotted earlier this week leaving the same gym in Los Angeles in photographs published by the Daily Mail on Monday.

Styles returned to the stage last week after he was briefly sidelined by the flu. The “As It Was” singer was forced to push three shows set for earlier this month to January after becoming sick.

“Towards the end of the show on Wednesday I started feeling ill, and I’ve been in bed with the flu ever since,” he said in an Instagram post. “I’ve been doing everything I can to be able to sing tonight, but I’m leaving the doctor now, and I’m devastated that it’s just not possible.”

He continued: “Until very recently, I haven’t had to postpone a show due to illness in the 12 years I’ve been touring. I’m so sorry to do it, and if there was any way I could do the show, I would.”

Tuesday night’s show marked his 12th of 15 residency dates in L.A., and was his last show in the city until the postponed January dates. It also came the same day he was nominated for six Grammy Awards.