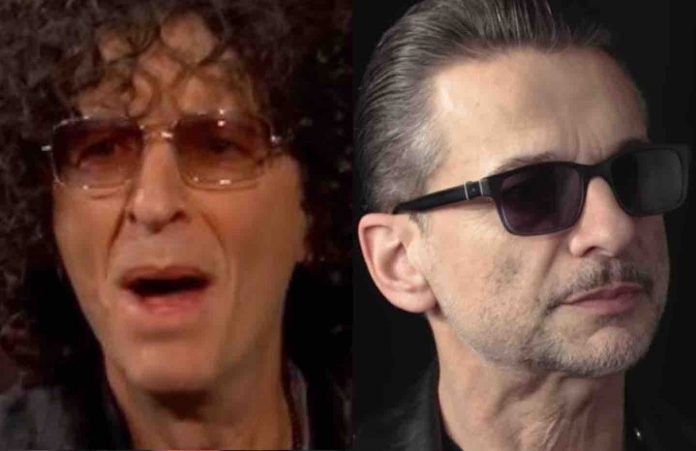 Howard Stern revealed that he doesn’t know any Depeche Mode songs on his show earlier this week when Robin Quivers told him about their Rock and Roll Hall of Fame induction. Jimmy Page took a brutal shot at Depeche Mode a few months ago.

MarksFriggin.com recapped: Robin started off the news with a story about the inductees to this year’s rock hall of fame. Robin went over a list of the nominees. She said out of those the class of 2020 is going to be The Doobie Brothers. Howard said he wants to think about this.

Robin said Depeche Mode is also in. Howard said he’s not sure what songs they did. Gary gave him an example.

Robin read a story about Kathy Griffin who showed up on the show ”You” on Netflix. Robin said it’s a really good show. Robin told Howard what the show is about. She said they had a funeral scene and a comedian dies and Kathy Griffin was doing the eulogy. Robin said Kathy told USA Today that she begged for that role. She hasn’t had a role in anything since the whole Trump thing went down.

Howard said Kathy was on that show with Brooke Shields. He said he thinks it was Suddenly Susan. He said she was quite good in it. He said she’s a good comedic actress. Robin said she wasn’t able to get a role so she begged for that one. Robin said she says that’s the first thing she’s landed since the Trump thing. Howard Stern unloaded on an Eddie Van Halen ‘death bed’ rumor a few days ago.