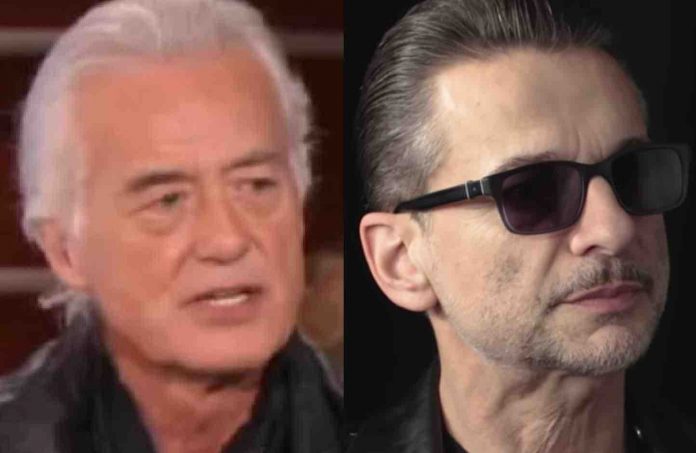 “On this day in 1984, I appeared with Roy Harper on The Old Grey Whistle Test. ⁣After having ascended the substantial height of Scafell Pike in the Lake District – the highest mountain in England – Roy Harper and I performed ‘The Same Old Rock’, where Mark Ellen from the BBC was in attendance, looking suspiciously like Paul McCartney. ⁣
⁣
Needless to say, there had to be a duality in this because they switch from us on the mountain to the then new boys on the block Depeche Mode, a keyboard synthesiser band sitting in the comfort of the BBC studio criticising two acoustic guitar players up a mountain! To which my response was: “let’s see them come up here with their battery packs and have a go!”⁣

Jimmy Page recently canceled a major release. Robert Plant recently told Classic Rock Magazine that he is ‘sure’ he and Alison Krauss will release a followup to their 2007 album Raising Sand.

“I see Alison a lot and talk to her a lot,” Plant told the magazine, “and T Bone too. The reality is that I ran back once before, and Patty had made her American Kid record and was touring with that. And I think once you start splintering off and going different ways, and you’re a stranger in a place where people still think there’s a mirror ball rotating around your head, it’s really good to dig in with the reality of the Space Shifters. There’s no greater thing than being on stage when these guys are in full flight.” Howard Stern hinted at a Led Zeppelin reunion concert a few days ago.