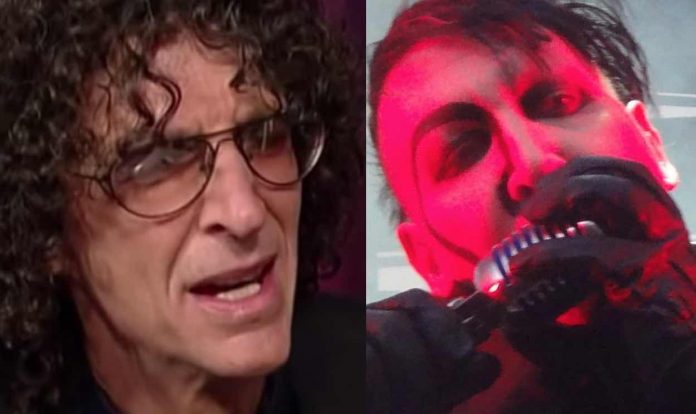 MarksFriggin.com recapped: Howard said it’s time to get to JD. JD said this is just a few of his favorite things. JD said Rob Zombie and Marilyn Manson went out on tour and Marilyn admitted he used to pee in the band Korn’s catering. Howard played the clip and said Rob must be worried that he’s going to do the same thing to him. Marilyn Manson recently made a surprising Limp Bizkit claim.

Howard asked what else he has. JD said people like to fuck with Tan Mom on Cameo and someone wrote in asking her to congratulate their son, Brent, on learning how to swing. Howard played the clip of Tan Mom talking about the swinging thing.

Howard asked who is paying for these things. JD said she’s one who rambles on like Bobo does. Howard said she’s a fucking bore.

JD said the next clip is a voicemail that a movie company was sending out to promote a movie about serial killers. They had a really creepy voice whispering weird stuff. JD said he thinks they put out the movie ”Border” and mailed out packages with live insects in them. Howard said he has no idea what this guy is even saying in the voicemail.