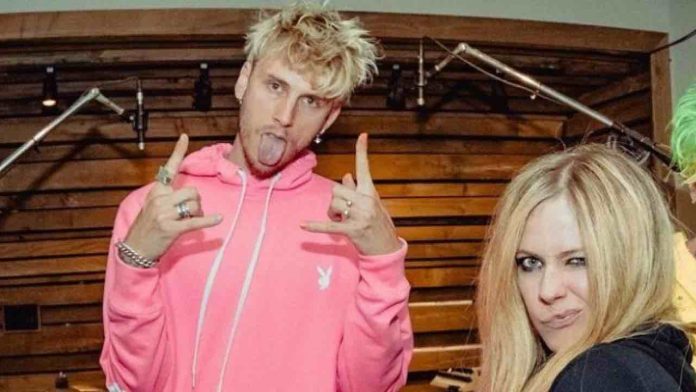 Howard Stern recently sent a message to Machine Gun Kelly and Avril Lavigne. He recently stated: “I loved the chemistry between you and @AvrilLavigne on stage.”

During a recent appearance at The Howard Stern Show, Machine Gun Kelly addressed the accusations of being “new” to the pop-punk scene, while also responding to the most recent round of criticism instigated by a recent interview published by Billboard. He has received criticism lately and it is inspired by his latest studio album “Mainstream Sellout” (released this March 25).

Kelly’s recent LP continues along the vein of 2020’s “Tickets to My Downfall” which saw him adopt a guitar-driven style and sound largely inspired by pop-punk.

When he was asked by Stern whether “people f**k with [him] all the time out of jealousy”, Kelly responded:

“It’s its own plague, it’s very sad. It’s almost like, if you just if you broke that wall down and just talk to me. You have no reason to have any of these feelings.

“[It] blows my mind -even in the genre that I’m in. When people act like this is some new thing or that I wasn’t – it blows my mind. You can literally look back 10 years ago at rock festivals and my name is right there on the flyer. Like, we’ve always been in the culture. I’m super confused where this like, ‘Oh, he’s new to the scene…’ Like fuck you -we’ve been here for so long, defying boxes, and genres, and odds.

“I saw somebody quote the other day – because Billboard came to do a piece, and it came to my house – they quoted me saying [that] you should give up your comfort for this lifestyle, ‘As he sits in his mansion with an infinity pool.’ And it’s like, Dude, I was fucking platinum with two albums out, still living on a beanbag in my manager’s apartment – none of you had shit to say about the comfort of that, as if that didn’t exist. This was after I had already had albums out like this.”