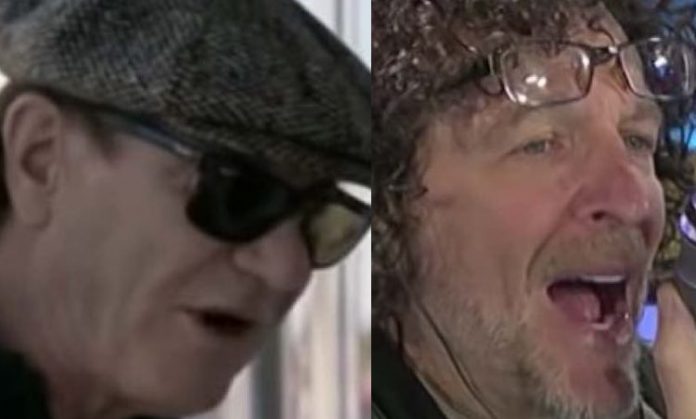 Howard Stern discussed AC/DC on his show on Monday, who are rumored to be launching a tour with a new album next year. Brian Johnson, Phil Rudd, and Cliff Williams are reportedly set to rejoin Angus Young and Stevie Young. Robin Quivers revealed that she thought AC/DC were ‘out of their minds’ when she first saw them. A mysterious new AC/DC album leaked on a streaming website over the weekend.

MarksFriggin.com recapped: Howard said that song used to sound so heavy but now it sounds kind of tame. Robin said they used to show rock stars on shows and she thought AC/DC were out of their minds. She said it was like they were in another world.

Howard said for those who love their app they are putting out a lot of television. He said it’s all free for their subscribers. Howard said they put it out like a year ago. He said it’s a great app. He said you can download it all and watch. He said their good friends at Collective Soul have performed some songs for them. He said they came in and shot it the way he says it should go and they shot them performing their songs the way he asked them to shoot it. He said Collective Soul came in and performed ”Heavy” and ”Right as Rain.” He said you can see the both up on the app now.

Howard played some of their ”Heavy” performance. He said you can see the whole thing up on the app. He said when that guy says ”All your weight falls on me” it really gets him. He said that this person has no clue but this person he thinks about brings him down. He said it’s almost like he was born to have this responsibility.

Howard asked what this guy’s name is. He said he never looks the way he thinks he’s going to look. He said they’re wonderful musicians. Gary said his name is Ed Roland. Howard asked if he wrote that lyric. Gary said Steve Brandano said he did. Howard played more of the song. He said you can hear both of the songs on the SiriusXM app.

AC/DC uploaded another new ‘Highway to Hell’ 40th anniversary celebration video on Monday to their Twitter page. An AC/DC member called out a lie about himself and Angus Young last week.