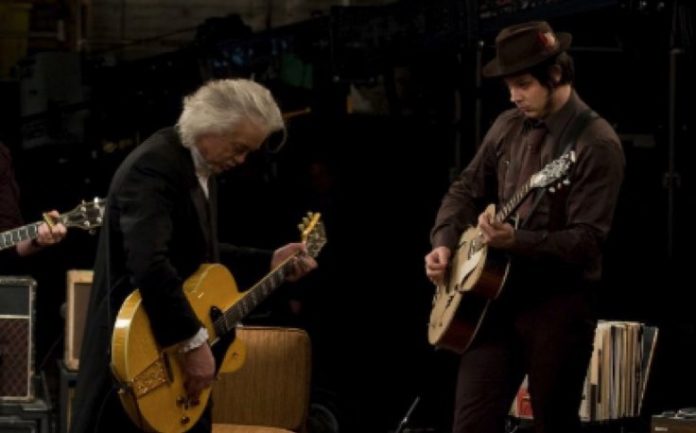 Jack White revealed in a new interview with Queens of the Stone Age frontman Josh Homme on The Alligator Hour on Apple Music’s Beats 1 that fans and the media constantly are pressuring Robert Plant to get with Led Zeppelin and keep pumping out ‘Led Zeppelin II’ on repeat, but he is focused on the future with his experimental solo career. Robert Plant recently called out Led Zeppelin impersonators.

Jack White: The best thing about being any kind of artist a painter or sculptor you start off your day not giving a fuck what anyone thinks then there’s moments when people tap you on the shoulder and try to get you to care about what everyone else thinks and remind you the artist is in service of the people. The artist is not at the service of the people. It’s only when artists can interact and can share with other people.

Josh Homme: It’s a dangerous thing to circle back and listen to what your supporters are saying or wanting. If you’re lucky enough to have a following, they’re supposed to be following you. If you go by committee now you’re following them. I think that’s how toilets are made. Swirling toilets. You cannot check with your audience. You can’t move forward

Jack White: We did a show with Robert Plant in South America and he was doing some incredible stuff on stage. I would think just man so many people out there just keep wishing he would make Led Zeppelin II over and over again. A lot of times in art the first thing people encounter from you is what they want every time. The first time people they want they painting they want that movie, but can you imagine if Scorsese just did Taxi Driver over and over again.

Josh Homme: You have to foster this relationship and environment based on change where they can see you’re in motion because you’re either growing or dying. For some people that’s sales, for some people that’s a philosophical thing for inner growth and imagination and what you’re headed for. So I see the need to keep moving, but it’s a dangerous game to play because you acknowledge you have an audience if you’re lucky enough to have one, but you couldl lose a portion of them every time,

Robert Plant recently revealed a big name he fought with Elton John over on his podcast ‘Digging Deep.’