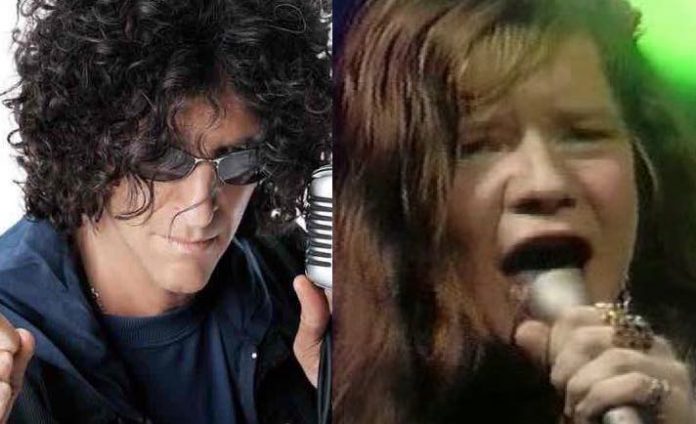 MarksFriggin.com recapped: Howard said Tim Hardin wrote some big songs and he performed at Woodstock and wasn’t in the film.

Howard said he got turned on to a lot of bands through that film. He said Mountain didn’t appear in the film and Leslie West told him it was a mistake not to be in it. Howard played one of their songs.

Howard said the Grateful Dead didn’t appear in the film but they did well anyway. Howard said they did a 48 minute version of a song. He said that Credence Clearwater Revival performed after them. He had some audio of John Fogerty talking to him about that. Howard played one of their songs too.

Howard said Janis Joplin was there and she did a song that some people said wasn’t so good. He said he listened to it and it sounded good to him. He played some of that. He said they didn’t put that in the movie. He said that movie really worked. Howard Stern revealed Jimi Hendrix’s stunning Woodstock paycheck earlier this week.