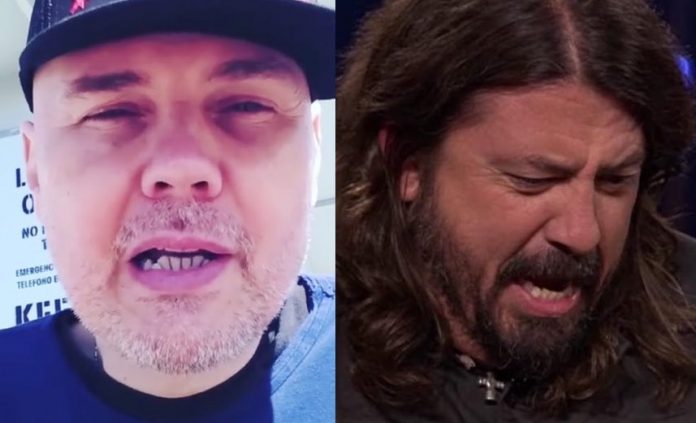 On Howard Stern’s show, he recently discussed the secret SiriusXM station where you can hear Foo Fighters frontman Dave Grohl and Smashing Pumpkins frontman Billy Corgan all the time: Lithium. A video of Stern revealing how he brought Corgan back from being ‘off the radar’ recently leaked.

MarksFriggin.com recapped: Howard said this TV thing they’re doing is really cool. He said he was watching ZZ Top doing ”La Grange” in there and it was so great. Fred played the song as Howard was talking about it. Howard said it’s so much fun to watch that on the app. He said they have all of this great content to put up there. He said they have the Foo Fighters performing a song too. He said it was ”Times Like These.”

He said he was listening to Madison on Lithium there and they are playing some softer songs lately. He said he likes it when they rock hard. He said Madison was talking about Billy Corgan being on the App. He said that’s what it was. He said everyone wants to see that stuff and they’re adding it as quickly as they can get it on there.

Howard said people are enjoying the app and this stuff they have on there. He said they recorded Tedeschi Trucks Band in the studio the other day. He said they did some great stuff on there. He said he was watching it and it reminded him of the Allman Brothers. He said Trucks is the son of Butch Trucks and he can really play. Fred said he’s great. He said he’s one of the greatest slide players ever. Howard said it’s a throwback to when people could really play. He said they just jam out. He played some of their performance from the studio.

Howard said it’s kind of cool to see. He said they have an exclusive from Tedeschi Trucks. He said they performed this. He said this kid Derek Trucks was a prodigy. Fred said he came up with his own style that’s just killer.

Howard Stern recently revealed how Dave Grohl made him cry.