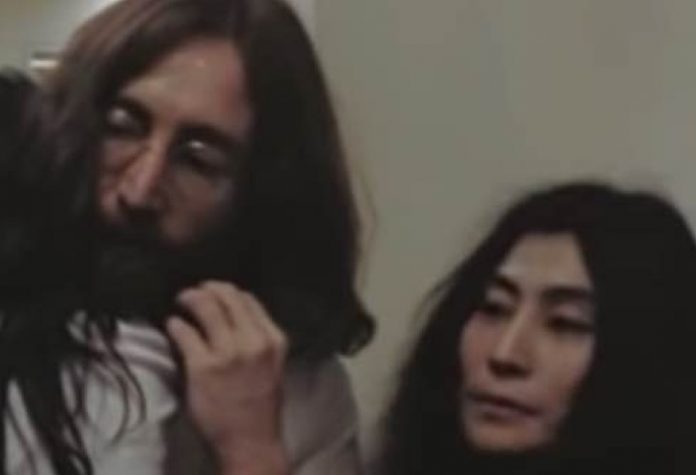 The Beatles icon John Lennon’s social media posted photos from the final extensive photoshoot he did with his wife Yoko Ono a couple of days ago. John Lennon also revealed what drug he smoked with Ringo Starr.

SHINOYAMA, 1980. Photographer Kishin Shinoyama: ‘It was just a two-day photo shoot and probably took seven or eight hours altogether. I took around 800 photos. ⠀
⠀
It’s not like there’s any special way I try to photograph a certain situation. I share time with people, we build up intensity, and I am able to get some good pictures. I think that photography should capture a moment at the end of every second, so to speak. Every moment ends instantly, it becomes the past, you know? ⠀
Photography is one of the tools you can use to record a moment. For any type of work, I’ve never changed my approach. I take photos of everything I see, without letting anything pass by. (John
⠀
Yoko suddenly said, “Let’s take a cover photo!” So we went to Central Park. (Howard Stern recently reacted to a brutal John Lennon cover)
⠀
At the time, I had never imagined that John would die so soon. But that makes these photos precious ones. John and Yoko were doing creative work, working on recording the album together after a long time away from making music. They had been raising their son Sean, loving each other and living their happy life together. I believe that I took these photos at their happiest moment. I’m very glad that I was there to take the photos. It is not a matter of technique, only that I was so fortunate to be a witness at the best time in their lives.’⠀
⠀
Photographs by Kishin Shinoyama from the Taschen book, ‘John Lennon & Yoko Ono: Double Fantasy’.⠀The Dakota, Central Park, Café La Fortuna and The Hit Factory, New York, 15 & 18 September 1980.⠀John Lennon’s widow recently revealed a ‘harm’ photos campaign.
⠀
https://www.instagram.com/p/B2wtWS-pV6Z/