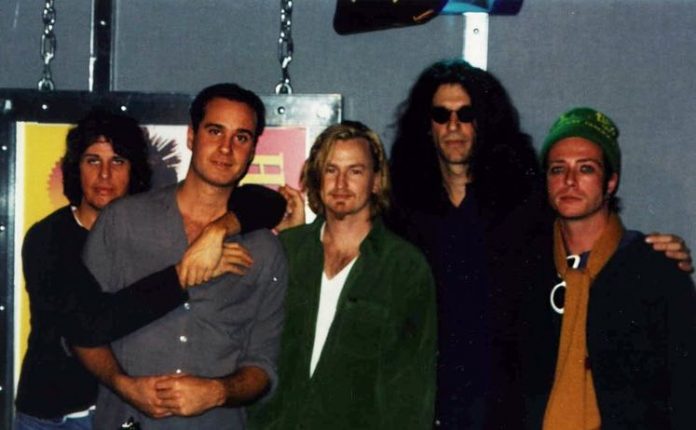 Howard Stern discussed how drug addiction and the vilification of it played a role in the death of late Stone Temple Pilots frontman Scott Weiland in his new book Howard Stern Comes Again.

“I’m not a drug guy. I tried them early in my life, but I realized pretty quickly they weren’t for me. I think they mess up your entire outlook. I think they destroy your work ethic. I think a million different negative thoughts about drugs, but they sure are fascinating to talk about. Sometimes the conversations can be funny, like Snoop Dogg and Seth Rogen talking about their love of weed. Sometimes it can get dark, like hearing about Anthony Kiedis and Drew Barrymore being exposed to drugs when they were just kids. There are Don Henley and James Taylor who got clean and stayed that way, and then there is Scott Weiland who, no matter how hard he tried, just couldn’t.

That’s another reason I like talking about drugs: because I know it’s a subject all my listeners have some experience with, if not themselves then with family members or friends. It’s something they can relate to. Yet there are few shows or other media outlets that actually talk about drugs in a way that doesn’t vilify them or look down on people who use them. There’s such a stigma about drug users and addiction in this country. It’s a shame. Especially the way it’s criminalized. I may have a million negative thoughts about drugs, but I’ve always maintained that they should be legal. All of them. Locking someone up over a drug is absolutely absurd.”

MarksFriggin.com recapped Howard’s tribute to Weiland after he died in December 2015. Fred played some of one of their appearances on his show. That was their performance of ”Vasoline.” Howard asked Fred to play ”Plush” next. Howard said just listen to his voice. He said Scott wrote those lyrics. He said just listen to that. He let the song play a little bit.

Howard said they once asked Scott how he got started with heroin and he thinks he enjoyed talking to them when he was in there. Howard said Scott mentioned a guy who turned him on to heroin but didn’t blame the guy for it. Howard said they had a story a few years ago about Scott turning himself in to the cops when he thought they were looking at him on the street.