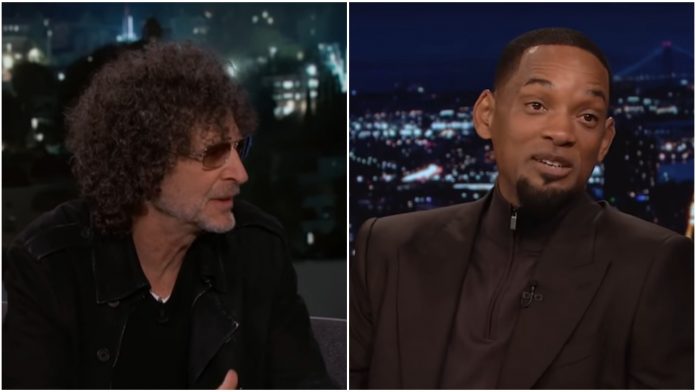 On Sunday evening during the Oscars, King Richard actor and Fresh Prince icon Will Smith physically struck comic Chris Rock after Rock made a controversial joke about Will Smith’s wife, actress Jada-Pinkett Smith. During a recent edition of his Sirius XM show, the King of All Media, Howard Stern would address the controversy, as many entertainers already have, with a scorching hot take of his own by proclaiming that what Smith did is an alleged sign of mental illness, in the mind of Stern. Credit to Page Six for the following quotes.

“This is a sign of great mental illness when you can’t control your impulse. Not only that, it was hardly an insulting joke. It was not even a good joke. The joke, quite frankly, was beneath Chris Rock. It was a throwaway. ‘You look like G.I. Jane.”

Stern continued: “He didn’t think twice about what he was about to do,” he said. “Now that’s crazy when you can’t contain yourself like that. Poor Chris Rock is a comedian and just trying to get through the day to make the f–king people laugh at that horrible ceremony. [Rock is] so fast comedy-wise, he covered and made a joke and said, ‘Gee, best Oscars yet.”

Stern would also say: Here’s Hollywood that’s so outraged by every little thing. Not one person got up and said, ‘Hold on, we got an out-of-control situation here. How this guy was allowed to sit there for the rest of the awards, and he’s laughing it up and having a good time with his wife. What he did was he just assaulted Chris Rock.”

This movie idea about these grunge icons was pitched by Howard Stern recently. Addressing whether or not the incident could have been staged, Stern proclaimed: “The first thing I said to my wife, ‘The f–k is going on? Is this a bit? Because, where’s security?’” he recalled. “This is a live television event. Not one person came out because he’s Will Smith.

Stern concluded: “This is how [Donald] Trump gets away with s–t … Will Smith and Trump are the same guy. He decided he was going to take matters into his own hands, at a time when the world is at war. Bad timing, man, calm your f–king ass down.”