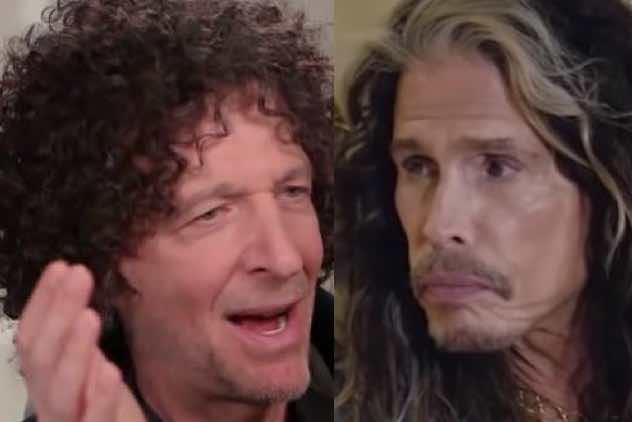 Howard Stern discussed Steven Tyler and Aerosmith’s poor performance at the Grammys on his show recently. Many fans criticized Tyler for appearing to lose his voice. A gross Steven Tyler ‘date’ photo was recently revealed.

MarksFriggin.com recapped: Howard said Demi Lovato got emotional when she started performing. He said it was her first performance since her overdose in 2018. He said he didn’t know that happened. Robins said she’s had a problem since she was a young teen. Howard played a clip of her starting her song and getting upset and having to start over. The crowd cheered for her when she had to stop.

Howard said on American Idol Simon told the contestants to never stop singing. He said that he would tell them to just keep going.

Howard said when they did Walk This Way they had the rap guys talking over their song. He played some of that performance and it did sound like a mess. Howard said that’s what happened there. Robin said they said that was one of the low lights of the Grammys. Howard said he has more people getting edited. He said he has Ariana Grande and a bunch of other clips. He played some more examples of the audio being cut. Steven Tyler ‘looks like a lady’ in a new photo.