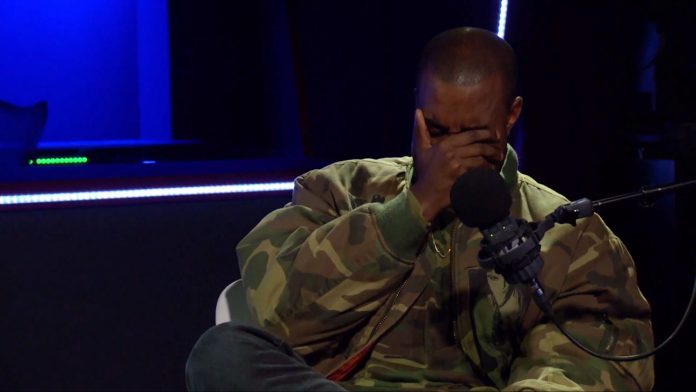 The rumor never stops when Howard Stern is involved and it’s always hard to understand what’s real and what’s just a joke when it comes to the talk show host. Howard Stern has never been known to keep things to himself and his audience has always leaned on the raunchy end of things when it comes to jokes and talking about celebrities. With the drama unfolding that is the Kanye West and Kim Kardashian saga that has swept social media; it was only a matter of time before Howard Stern threw his hat into the ring and said what he felt the world needed to know about the prolific musician’s personal life.

Howard recently talked about the Kanye West and Kim Kardashian saga that sees multiple people involved. Kanye has had many problems as of late. As many know, this started when Kim Kardashian and Kanye called it quits. This led to a lot of drama with their children to a point where Kanye felt more and more pushed out of the picture. Then, rumors began that Pete Davidson of SNL fame was dating Kim. The rumors turned out to be true and Kanye felt betrayed by his once friend. This has led to Kanye having very serious meltdowns on social media which look extremely scary considering that Kanye West has been said to have had some mental problems in the past. Pete Davidson wanted to make things right with the singer, but Kanye was not having it.

In a new song by Kanye, he dissed Davidson which fans were blown away by. Kanye has also said he needs to now go through security to pick up his children while ‘Skeet’ (his name for Davidson) is in the house with his ‘wife’ and children. Howard discussed how Kanye’s desperation is a big turn-off. Howard mentioned that not only has Kanye supposedly sent thousands of roses to Kim, but he has also started a false rumor that Pete Davidson has AIDS. The biggest takeaway is that Howard is extremely worried about this situation as it could get ugly very quickly.