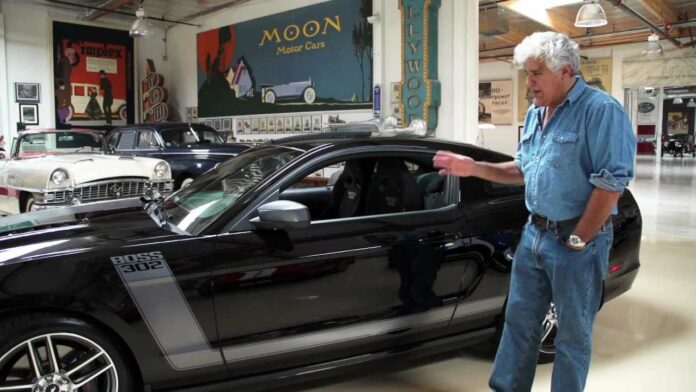 Legendary late-night host Jay Leno, 72, has sustained serious burns to his face after a car exploded in his private garage.

The comedian and former “Tonight Show” host said in a statement Monday, “I got some serious burns from a gasoline fire. I am ok. Just need a week or two to get back on my feet.”

A picture taken over the weekend of Leno with fans, was shared to Twitter with the caption: “There is a good chance that this is the last photo of Jay Leno taken before he suffered disfiguring burns to his face.”

The well-known car enthusiast was at his Burbank garage on Saturday, when without warning, one of his vehicles that he stores there, caught fire, erupting into flames – and according to sources who spoke to TMZ, the left side of Leno’s face and hands withstood the worst of the accident.

Luckily, the late-night funny man was able to get away from the incident without damage to his eye and ear. Leno was promptly taken by ambulance to the Grossman Burn Center, where he was admitted and still remains.

While the extent of the injury is still unknown, Leno’s engagements for the week, which included an appearance at The Financial Brand conference, have all been cancelled because of his injuries.

Organizers of The Financial Brand conference have stated that Leno would be unable to appear due to a “very serious medical emergency.”

According to DuPont Registry, a publication and marketplace for classic and rare auto collectors, Leno has an estimated 180 cars and 160 motorcycles stored in his garage, which is located next to Hollywood Burbank Airport.

The car collection is estimated to be worth around $50 million, and it was unclear exactly which vehicle was involved, according to the Burbank Fire Department.

A statement made by a spokesperson for West Hills Hospital & Burn Center, where Grossman Burn Center is located said: “He is in good humor and is touched by all the inquiries into his condition and well wishes.” A photo has surfaced of Leno where he looks sad, taken shortly before the accident.

There is a good chance that this is the last photo of Jay Leno taken before he suffered disfiguring burns to his face https://t.co/NzWomdpdIR pic.twitter.com/czCzhp42b7