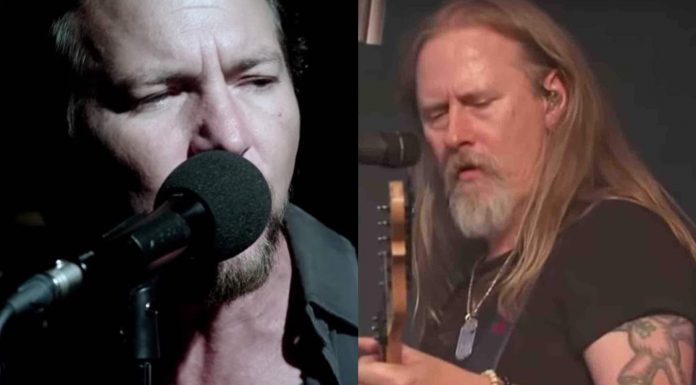 “It [Ten] was a rebirth for those guys. They had such an unfortunate blow with the loss of Andy [Wood] right as their album is coming out. There was a real kind of a brotherhood between all of the artists in Seattle and it was really meaningful to see them pick themselves up, start again and invite Ed and Dave [Krusen] into the band. To have that record have the sort of impact that it has is really powerful. It was very right for those guys all find each other and we were really, really, really happy for that — I still am. They’re one of the greatest bands in the history of rock and roll and they made one really important record together.

“Black” is a great record, just as a piece of work, but every track on the album I think is really important. They started out with “Alive” in 91 and then “Even Flow” and “Jeremy” huge fucking song. But “Black” has always been my favorite from the record.

They deserve a ton of credit for fighting through adversity and starting anew. That record is still really powerful.”