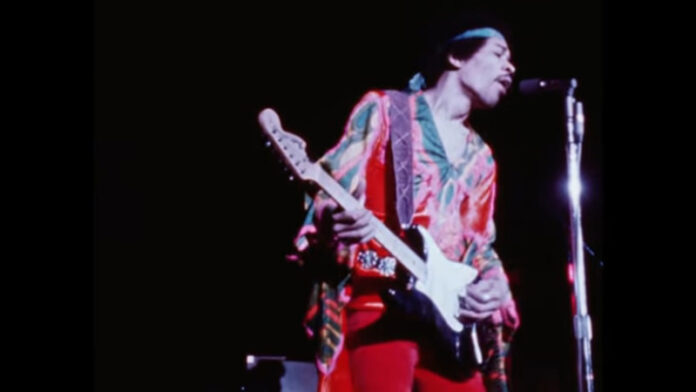 Carmine Appice is one of the forefathers in rock drumming but also an innovator in psychedelic rock as a member of the legendary rock group, Vanilla Fudge. Here, the former Ozzy Osbourne bandmate discusses his memories of touring with another former rock and roll icon – Jimi Hendrix, during his time as a member of Catcus, his final moments around Jimi, and how Hendrix died penniless in his final days. Alternative Nation transcribed the following.

AN: I know you were around Jimi [Hendrix] right before he died. Do you remember anything from that week, from those last few days before his passing?

Carmine: Well, I believe we played with him I believe a week before he died, maybe two. We hung out backstage with him. We went over to England to play with Catcus and we are editing the video of that performance. When you go over to England like that, it’s a two to the three-day festival and you go over early to hang out. That’s what the fun of those particular music festivals was. We knew Hendrix, I knew Hendrix from before he made it and vice versa. We were friends. He started Electric Ladyland and at that point, we recorded our second Vanilla Fudge album.

Carmine: Before that, he was at the record plant a lot where we recorded the four Vanilla Fudge albums. We would go to the Scene, hang out, and Jimi would go to the record plant and have time there. That’s why when Jimi died he never had any money. All the money that Jimi made in his estate was made after he died and he would keep the record plant on all the time – twenty hours a day, he would live in a hotel. Also, Hendrix would take limos everywhere, he never had a house, never had a car. Jimi lived the life of a rockstar and spent all of his money because when he died there wasn’t much left. You didn’t make a ton of money after that. We were doing tours with him, selling out ten-thousand seats, and he would make twenty grand while we would make ten to fifteen. Today, if you sold twenty-thousand seats you would make half a million dollars.

Carmine: So anyways, I remember Jim McCarty and Jimi were jamming on acoustic guitars, maybe with some amps and electrics. We were hanging and sometimes you would drink some of the wine and the bottle was spiked with acid. Crazy stuff, but it just seemed normal. Hendrix went on late but I don’t think we stayed to see Jimi play because we had already seen him play so many times. Especially me and Tim [Bogart]. we with Hendrix and Eire Apparent -thirty, forty, fifty dates. So it was around New Year’s Eve when he played with the band The Gypsies. So we weren’t going to stay up until five in the morning to watch Jimi play. I believe we left after our performance. We hung out with Jimi beforehand and he seemed normal. Jim McCarty hung out with him in London two to three days before he died and said the same.

AN: There’s a lot of mystery surrounding his death, do you have any opinion on that?

Carmine: Well, he was experimenting with drugs, that’s all I can say. Who knows what happened. A bad mix, I don’t think he was planning to kill himself although his career wasn’t on an upward swing at that point. When we toured with him in 1968, it wasn’t our upward swing. The album sales were depleting at that point.