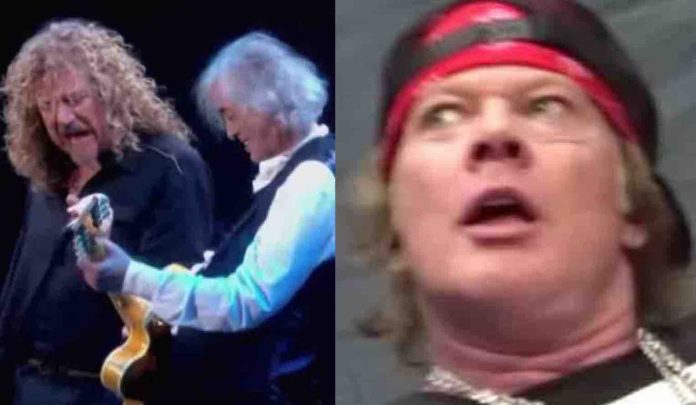 “On this day in 1972, I played the Brighton Dome with Led Zeppelin. During the 1972 UK tour, Led Zeppelin played the Birmingham Odeon, local venue to John Bonham and Robert Plant. Unintentionally, John Paul Jones and I arrived very close to the kick off.⁣
⁣
Here at Brighton (John Paul Jones’ and my own Sussex territory) ironically John Bonham and Robert Plant were to arrive late too.⁣
⁣
The Brighton Dome was a really historic theatre venue built in iconic Regency palace style. However, we weren’t to play it again as we were banned – John Bonham damaged some ornamental trees as he left in his Aston Martin after the show.”

He also posted, “On this day in 1966, Blow Up premiered in New York.⁣ The award-winning Michelangelo Antonioni film, Blow Up, was premiered on this day in 1966 in New York and went on general release. Although The Yardbirds were not invited to any of the premieres, some of us lined up with everybody else sometime after the event to see the film. Apart from the section we had recorded, we knew very little about the film.⁣
⁣
The production team seemed to know as little about the plot as we did: in fact, it was said that Mr Antonioni had been asked what was the ‘Blow Up’ during the shoot and he replied ‘This is the blow up’, referring to the guitar breaking scene. I remember a very tall, statuesque woman in the line waiting to see the film, it was in fact Veruschka, a famous model of the time who featured in the film.⁣
⁣
For Blow Up, The Yardbirds recorded the track ‘Stroll On’ at IBC studios in London. It was the first time Jeff Beck and I got to record with the guitars.” Robert Plant turning down a major Jimmy Page offer was recently revealed.