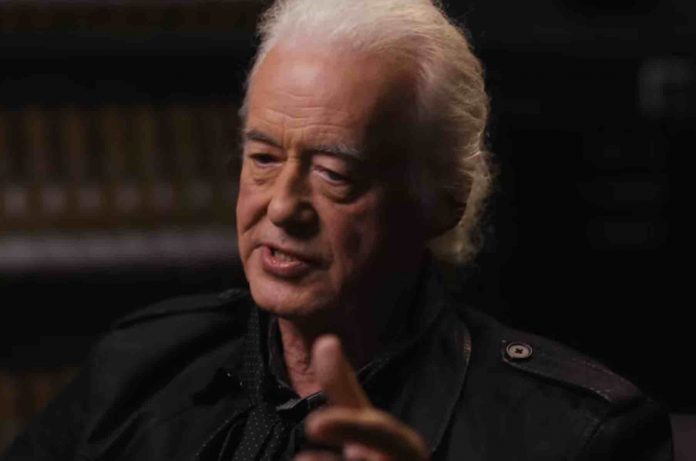 Jimmy Page has rejected including his Led Zeppelin guitars and stage clothes at the ‘Play It Loud’ exhibit at the Rock and Roll Hall of Fame, after it was featured at the New York exhibition at the Metropolitan Museum of Art, Led Zep News is reporting.

Jeff Curtis revealed recently that he returned Jimmy Page’s Les Paul guitar after a roadie gave it to him at a 1972 Led Zeppelin concert.

“Back in July, I went to see the ‘Play It Loud’ exhibit at the Metropolitan Museum of Art in New York City. Jimmy Page’s number one Les Paul guitar was one of the instruments on display. I got the idea that maybe I could be put in touch with his people via the exhibit’s curator. A few days later, I called the museum and spoke with the curator’s assistant who asked me to send an e-mail with photos, which I did. About two weeks later, I got a call from a gentleman, Perry, who works with Jimmy. He asked to set up a meeting to personally examine the case and take several more detailed photos. About a month later, I received word that Jimmy wanted to meet me and have the case returned.”

Howard Stern discussed Led Zeppelin drug smoking last week. Curtis added, “So, on a beautiful Sunday afternoon in a hotel lounge in New York City, my two daughters, a close friend and I had the pleasure of a 1-hour sitdown and conversation with Jimmy, with him finally getting the guitar case back. When I opened it up, the look on his face was priceless: ‘What memories this brings back!’ ‘Thank you so much!’ In person, he is a genuinely warm and very welcoming gentleman. We talked about Led Zeppelin, he asked about my musical influences, asked my daughters what type of music they enjoyed and various other topics. I gave him copies of both my CDs, which he said he would listen to.

He also had brought me a special limited box set edition of ‘Led Zeppelin 2’ and signed its book as well as another book I had brought with me. I can honestly say that after the first few minutes, my nervousness completely disappeared and it felt like I was talking with an old friend. Nevertheless, the experience of having had the opportunity to sit down with the very person whose music not only greatly influences my own but also inspired to me to initially pick up and learn to play the guitar almost 50 years ago is something that I will never forget! Thanks so much Jimmy and thank you Perry! Mission accomplished.” Jimmy Page called out Robert Plant lip syncing in a video last week.