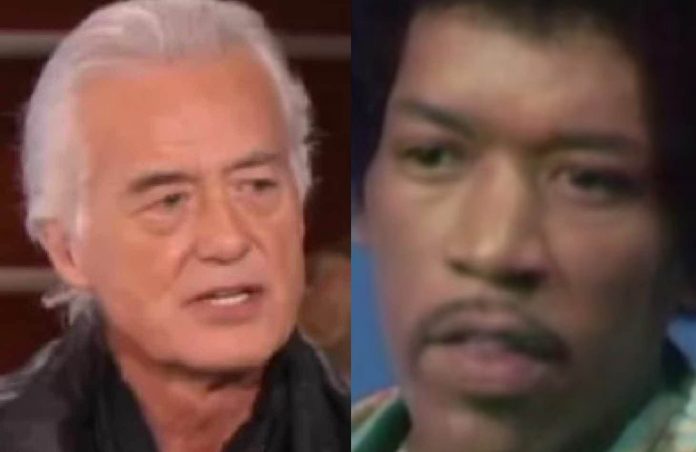 Led Zeppelin guitarist Jimmy Page revealed that he rejected a distortion pedal that was given to Jimi Hendrix in a new interview. Page rejected the Octavia used on Hendrix’s classic hit “Purple Haze.” Green Day’s singer made a painful Jimmy Page claim yesterday.

“It was a pivotal moment for my sound. I met this guy called Roger Mayer at a gig in Surbiton. He worked for the Admiralty and he was a boffin, really, into his music. He asked me if I needed anything for my guitar. He came over to my house one day and I played him a song with electric distortion and said, ‘I want to find a way to sustain it.'”

Page recently called out drugs at a concert. He added, “He went away and came back with this box with an on/off switch – that meant you could control the distortion. It was phenomenal. When I started taking it to sessions, the other guitarists were blown away. The blood drained from their faces – but the guys doing the arrangements loved it.”

Page wasn’t too impressed by Mayer’s “other box,” the modulator. “It was difficult to control in the studio from the guitar, so I said it wasn’t for me.” Freddie Mercury calling Jimi Hendrix attractive was recently revealed.

Jimmy Page has not toured in years, but is very active in promoting Led Zeppelin’s catalog with archival releases and frequent social media posts. You can read Page’s full remarks about the distortion pedal and Jimi Hendrix at Uncut Magazine.