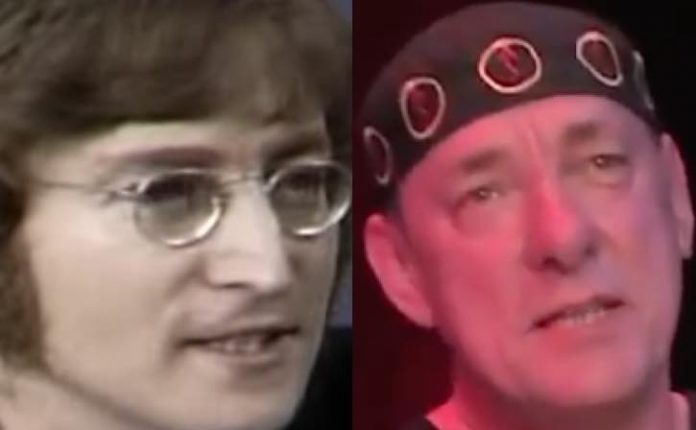 The son of iconic The Beatles member, John Lennon, Julian Lennon recently took to social media via Twitter to pay his respects to Neil Peart who lost a battle with brain cancer this past week. Lennon wrote how Rush was one of the first shows he ever saw a youth, growing up – writing: “RIP Neil… You were one of the Best…. And Rush was one of the 1st Live Shows I went to see as a Teenager… Always Loved them, always will… My Sincere Condolences to All Family & Friends.” John Lennon ‘disrespecting’ David Bowie finally revealed.

In other news regarding Julian’s father, John Lennon, fans recently took to the Beatles subreddit to discuss what they believe to be the most meaningful song ever written by the ‘Fab Four’. Blue Meanie wrote: “My favorite is Michelle but the most meaningful to me is probably Help. I think its John’s first song that wasn’t a love song but the great thing is you could interpret it as one. Its a cry for help he said and I’ve gone through that in life, a lot of us have. All of us have actually I’m sure, whether big or small. It’s my favorite song John ever wrote.” John Lennon ‘steroids’ claim leaks in sad photo.

Whereas dreadedglove put: “You’ve Got To Hide Your Love Away. I connect with this song because being a Bi man, a lot of the times I do feel like I have to hide my love. I almost cried the first couple of listens.”

Paul McCartney brutally rips John Lennon family. With another fellow Reddit user, michhaller responding: “I’m gay and I’ve always heard it that way too. The line “How could she say to me, ‘Love will find a way?’” always gets me. And are always surprised it’s such an emotional song because it’s kinda upbeat.”

RIP Neil… You were one of the Best…. And Rush was one of the 1st Live Shows I went to see as a Teenager… Always Loved them, always will… ♥️🙏🏻😘 My Sincere Condolences to All Family & Friends…. xhttps://t.co/p8aFPLscLF