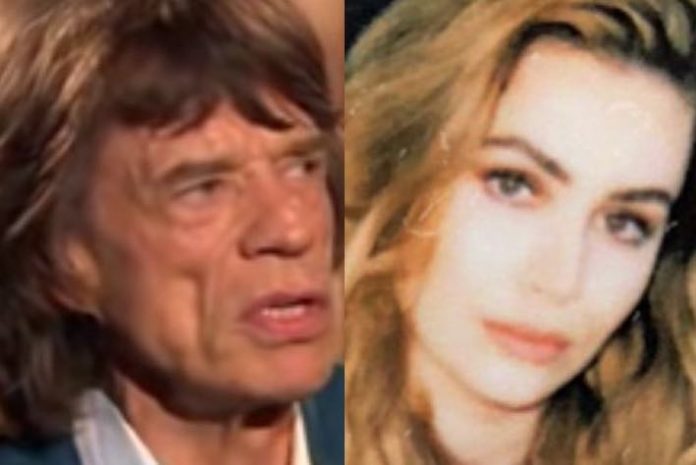 Gene Simmons‘ daughter, the sizzling Sophie Simmons recently posted a photo of herself all ready to rock in this stunning Mick Jagger and The Rolling Stones top from a backside view. You can check it out below.

In other news regarding Sophie’s rock star dad – Gene Simmons, fans recently took to social media to discuss the impactful legacy of one of KISS’ most beloved albums in ‘Dynasty’. One fan wrote: “I was 14 when I rushed to the record store and got this when it first came out. I admit at first I was disappointed. As a kid who proudly wore my disco sucks t-shirt I couldn’t believe that KISS actually did a song like I Was Made For Loving You. My heroes did a disco sounding song! Oh no! What a lot of us kids back then never realized was that while we were wearing our disco sucks shirts many of our favorite rock stars were actually hanging out at the discos. Think of all the rockers who experimented with songs that were disco friendly. Rod Stewart, The Rolling Stones, The Grateful Dead (yes they did), even Pink Floyd’s song Another Brick In The Wall was made as a song that could be played in the discos according to the album’s producer.” Gene Simmons calls out ‘stupid’ KISS member performance.

The fan continued: “Anyway I was Made For Loving You clouded my judgment of the entire album. As the years have gone by I now love this album. Ace has some great songs on here especially Hard Times. Sure Know Something, the other disco-tinged song is another great one. It may not be the KISS from their peak years but it really is a gem in my opinion. If you rejected this album when it came out to try it again.” Gene Simmons daughter reveals horrible injury video.