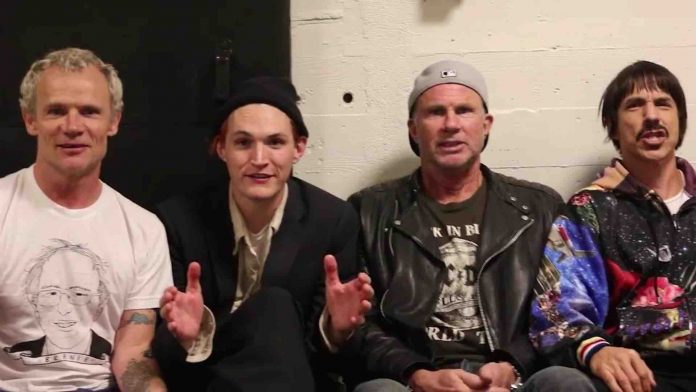 A fan asked Josh in an AMA, “Hi Josh! First of all, congratulation on the album release, it is so good! The Report is my favorite song so far, but I imagine that will change multiple times over time. Anyway, my question is: Are you disappointed RHCP didn’t choose to have both you and John in the band, and as a follow up, if you got the call tomorrow to rejoin the band, is that something you would consider?

You sure will be missed in RHCP, but the Pluralone project is also so good, and I’m really excited to see what more you come up with in the future. Hope to see you at a show in Norway at some point.”

Klinghoffer responded, “The RHCP has always been a 4 piece. Changing that would be different. I’d say there is barely enough room in the band for the creative energy of the 4 members in it…try shoving a 5th in there…good luck.

If they called, why would they call? I guess it depends on the reason they called. No, I’m being coy. I love those guys and would always want to make music with them.”

Another fan asked, “Hi Josh. Hope you’re well 🙂 Quite like your work. This isn’t as involved or specific as some of the other questions, but how have you been over quarantine? Do you think it has boosted or decreased your creativity? How have you been generally. Just wondering how you’ve been and what you’ve been up to.”

Klinghoffer answered, “I have to preface this by saying that I know there is a lot of suffering and pain out there, but I, personally, have been really good this past year. I was touring and moving a million miles an hour for nearly 20 years. This has been an amazing time to reflect and devote myself to work and really just whatever I felt like doing at that particular moment. I was built for this. It goes without saying that I hope everyone is safe, healthy and well out there.”