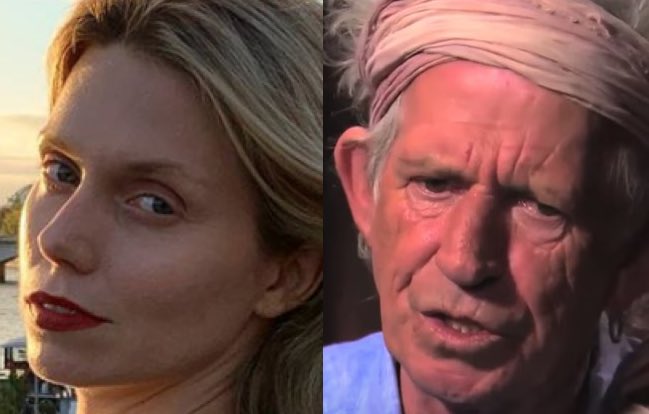 “So I am in love with @iggypopofficial it’s official. Interview coming soon. His album FREE is out now!!!! #OFFTHECUFF.”

stone66 revealed why The Rolling Stones need to release a new album in a new IORR.org post,

“By the end of the 80’s, when the big money starts rolling in, they’ll start to realize they don’t have to work as hard, or as often, as a unit to maintain their style of living. Indulge in other outside projects, maybe take 4 or 5 years off. Even when the top 10 singles dry up, the albums are still selling OK. And by the 2000s, no one cares even much about those; because now come the golden anniversary tours — you can just tour with a 40th anniversary compilation. What little creativity is remaining will go toward composing more interesting set lists for the varied types of venues for said anniversary tour.

What made the Stones great in their heyday was how they could rise to a challenge. Having softened up with psychedelia, they now had to prove that they could still be a great rock band once the short-lived psychedelic fad dried up, and they knew that everything would be riding on their next album because all eyes were on them to see of they could make that big, all-important comeback as rock artists — and so Beggar’s Banquet was the result. They had to prove that they could still be a tough, edgy band after all these young upstarts were saying they were too old — and so Some Girls was the result. If they felt it mattered, they would produce something new, something worthwhile to sum up that moment in time, something people would still want to hear several years later. Mick Jagger and Keith Richards’ daughters were recently photographed kissing.

When was the last time they produced something essential, so that all these years later 50,000 people in a stadium can get behind, all at once? The last 7 years of touring seems to indicate 1981 (Tattoo You), which in creative fact means 1977 or 1978. In truth, the essential creative period of the Stones occurred over a period of 15 years, not 55 years.

You may get a handful of posters on a message board like this to agree that since 1981 they’ve released some ‘nice’ material, but never again will 50,000 paying customers in a crowd cheer wildly all at once for something new or relatively recent the way they still do for all those so-called ‘warhorses.’

Because there is no longer that same type of challenge or expectation. Now their biggest challenge is to see how long past the age of 75 they can still play rock and roll. Which alone should be enough. After all, pretty much every other similar type of group that started out when they did can no longer say the same.” Keith Richards was devastated by tragic news recently.