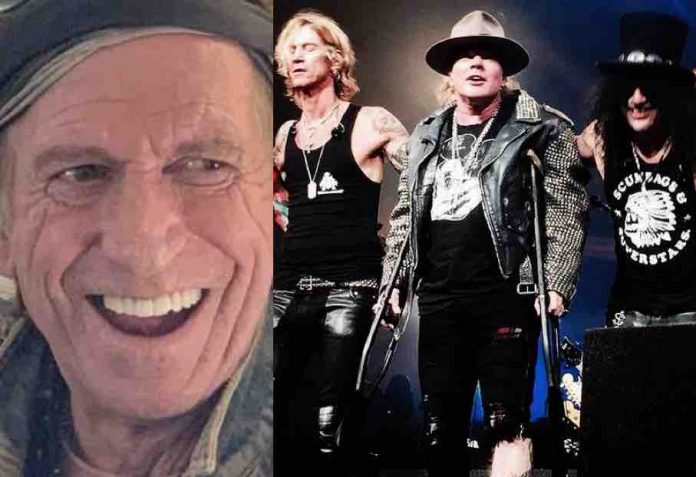 Keith Richards’ wife revealed a health scare photo a few days ago. The Rolling Stones guitarist Ronnie Wood was recently interviewed by Spiegel, a German newspaper, and below are some translated quotes about Keith Richards’ hero, Chuck Berry.

“That’s pure coincidence. I did not know that my concert with Chuck Berry was recorded live in Wimborne until last year. Don Was, our producer, was behind it, and said, you have to publish it. I then wrote a song for the album: ‘Tribute to Chuck Berry.'”

What does Berry mean to you?

“He’s the forefather of rock’n’roll. And so is our grandfather, mine, Keith [Richards], John Lennon, and all the others. We adored him. When he died in 2017, I thought the world was overflowing with Chuck Berry appreciation, but that’s not it. So I had to do it.”

The Rolling Stones are rumored to tour in 2020, and Hairball suggested some possible cities on IORR.org, “Levis was a great show, and not sure what you’re referring to in regards to the post Levi’s fiasco…was it the bickering between the city and the 49’ers over the curfew and noise ? If so, yeah that was funny.

Doubt the Stones would ever play there again for a variety of reasons, but with talk of baseball stadiums, wouldn’t mind seeing them back at Oracle Park (aka Pacific Bell Park aka SBC Park aka AT&T Park), as I’ve seen plenty of great shows there and San Francisco is a nice city (aside from all the people defecating in the streets).

But if I was scheduling the tour, I’d totally bypass the north and keep the Stones down south (L.A., Anaheim, San Diego) where the weather is much nicer as are the people – and ther wouldn’t be any childish bickering about noise. Would also love to see them in Seattle some day, and even north of the border somewhere in the Canada – Vancouver would be nice.” Keith Richards and Mick Jagger ‘messing up’ performances was called out by a bandmate earlier this week.