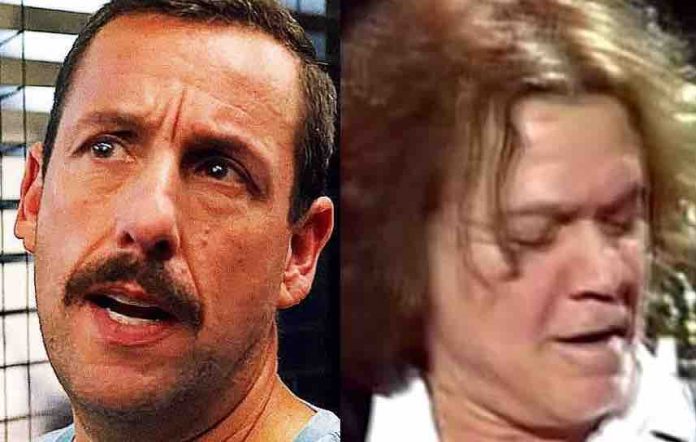 Eddie Van Halen is definitely the greatest guitarist ever in our hearts, but when Adam Sandler was asked by Howard Stern earlier this week, he said Led Zeppelin guitarist Jimmy Page topped him.

MarksFriggin.com recapped: Howard asked if Adam has any hobbies. Adam said he likes to play guitar. He said he should take lessons again. Howard said come over and they’ll paint together. He said he’ll teach him.

Michael Anthony broke his silence on Van Halen disrespect a few days ago. Adam said maybe they can sing together. Howard did some singing for Adam when he put on some echo on his voice. He sang some In the Court of the Crimson King. Howard said that’s tough to sing so early in the morning. Howard asked who he plays with. Adam said he has some friends. He said he has played with everyone. He said he used to have parties for the holidays and all of the musicians would come over. He said he played with Waddy Wachtel.

They ended up talking about how Howard is friends with Joe Perry and Steven Tyler. Adam said he had Slash at a party once and he played Mamakin. He said he sang so hard that he had trouble with his voice for 2 years after that. He said he blew it out. Howard asked who he thinks is the best guitar player out there. Adam said maybe Jimmy Page. He said he loves Eddie Van Halen and Eric Clapton too. Every time Howard tried to end the interview they ended up talking for another 5-10 minutes.

Howard said Fred is a great guitar player. He asked if he has a studio in his garage. Adam said he does. He said Lindsay Buckingham has been there. Motley Crue revealed an Eddie Van Halen sickness photo last week after cancer news surfaced.