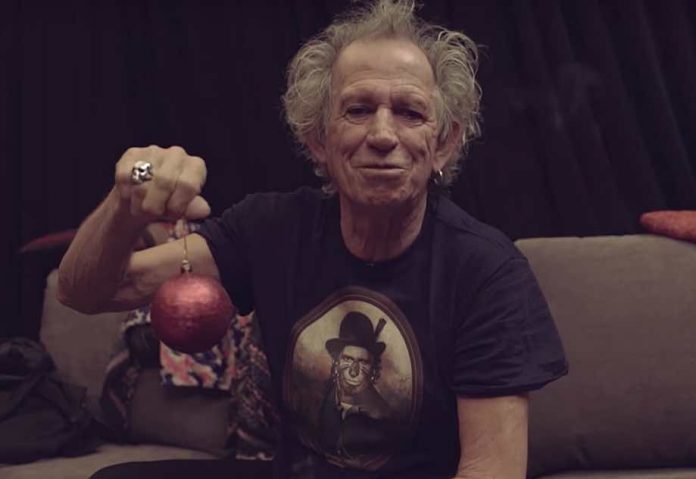 The Rolling Stones have hit the road for their SIXTY world tour. And after six decades of touring, the iconic band have perfected their backstage routine, with crew members spilling the behind the scenes secrets of life on the road with Mick Jagger, Ronnie Wood and Keith Richards. DailyMailOnline revealed that the group still like to mix things up, only deciding on their final set list less than an hour before they head out on stage.

With a back catalogue of over 400 songs, the group keep their encore of Gimme Shelter and Satisfaction each night the same, but will regularly switch out other hits throughout the gig.

Their backing singers even love to wade in and suggest their favourites for each night. Ronnie then hand paints the final set list onto a canvas backstage, which is turned into a print and sold to fans via the band’s art store.

Speaking on the Talk is Jericho podcast the Stones’ band’s dressing room co-ordinator Heather Foster Kjollesdal, explains how Jagger, 78, Richards, 78, and Wood, 75, have individual dressing rooms. He noted the Keith smokes a lot

The separation backstage is not down to a rock band feud, but more due to individual tastes.

”Keith smokes a lot, and not everybody wants to be around that, so they have their own individual rooms. It really isn’t a hateful thing, they just have different styles,” Heather explained.

”Everyone knows Keith, he likes pirates and baggy clothes. His room looks like him. It’s a little darker and it’s got cool statues of skeletons. It’s awesome, my favourite room, I love it. There’s lots of candles, with lots of great ambience.”

Family man Ronnie indulges his other passions and ”His room is very artistic really. He’s got a lot of things in there that inspire him. I hang drapes over the pipe that just give the room some texture and some colour.”