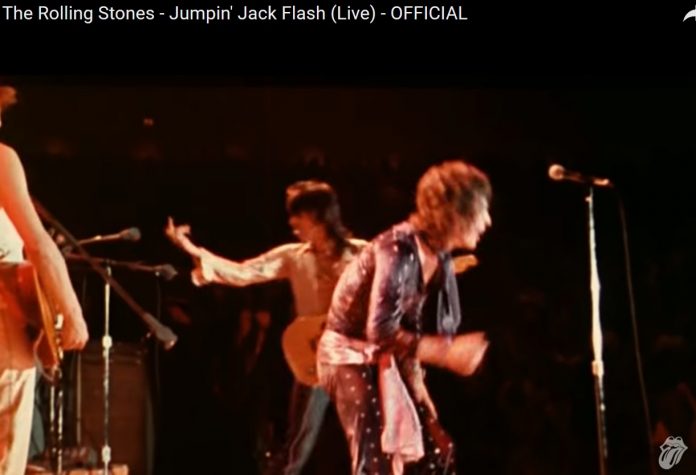 The Rolling Stones fans on IORR.org have uncovered a rare 1972 video where Keith Richards flips off drummer Charlie Watts at the end of a performance of “Jumpin’ Jack Flash” after he screwed up. Mick Jagger revealed a few days ago why he was denied entry at a big name Beverly Hills restaurant.

“After the messed up ending…I think it´s pointed into Charlie´s direction…must be the meanest thing he ever did to him.”

Doxa responded, “Hahaha never noticed that. But oh man, I dig that L&G version of ‘Flash.’ They really rocking the shit out of the song, incredible energy level, plus it is filmed very well. Not that the song is a winner always, but damn they were red hot then, at the very height of their powers as a band. Those young gods.”

Palace Revolution 2000 chimed in, “That has always been one of my fave clips in the film. It was stuck in my mind, but I thought he had done it after “ADTL”. So then I started to believe that maybe I’;d imagined it because the first times I saw L&G I was tripping my brains out.

But I don’t see this in the least bit as mean spirited. More as an inside joke “Oh you did it too me this time, after we worked so-and-so out at practice. I;m going to trip you up tomorrow night..”

It surprises me how anyone can take this as a serious issue. and even if – they are lifers, in it together. If Keith can’t tell Charlie to suck it, who can?” A massive Keith Richards concert paycheck was recently revealed. 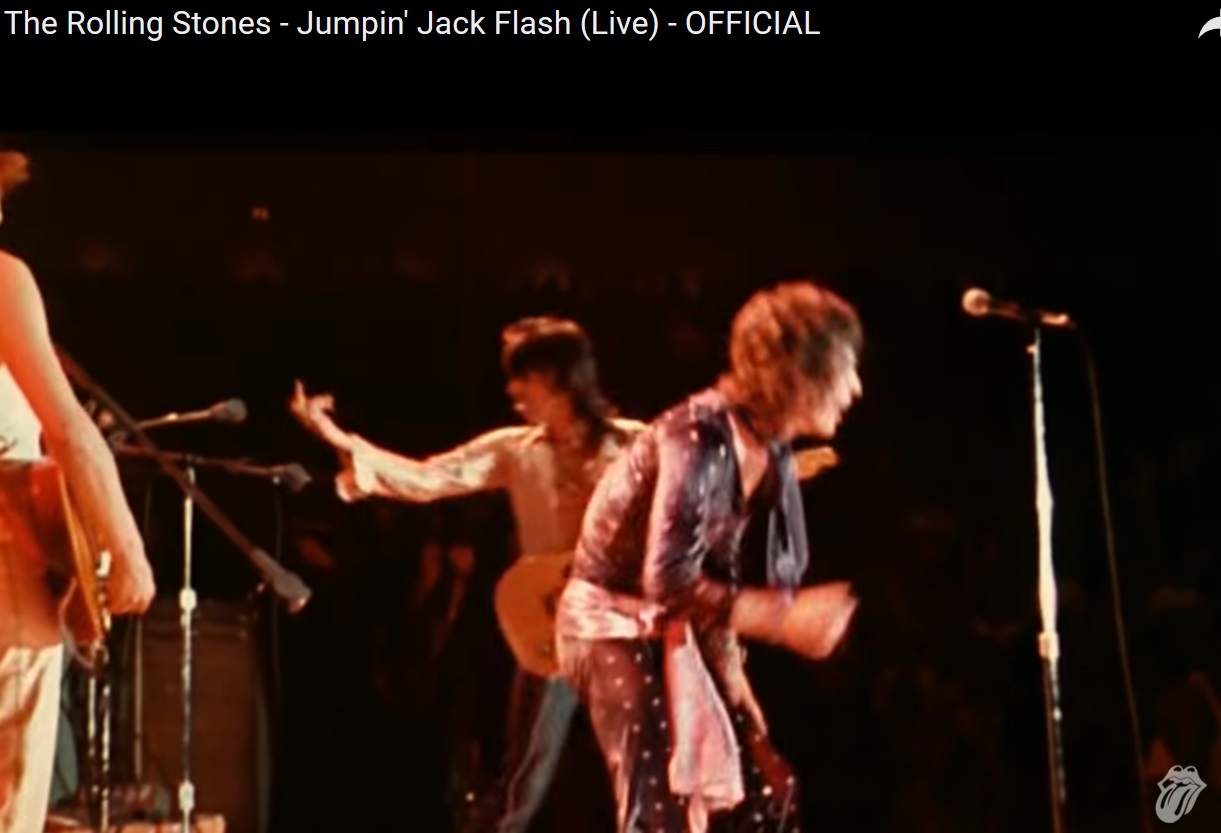