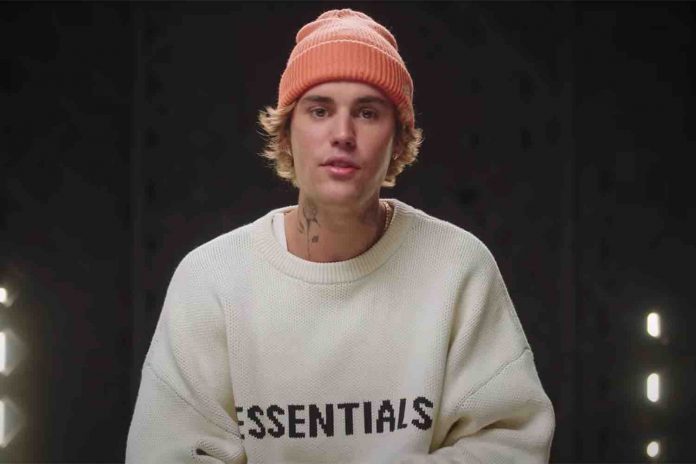 “I just love pop music, I don’t always listen to it, but some pop music is just really written well because there are just these really talented writers, whether it’s like that Max Martin dude or whatever, just all kinds of talented people. Sometimes they’re cheesy, of course, but you can hear in the skeleton or in the foundation, you can hear like a good song and just be like, ‘Man, if that wasn’t so pop, that would’ve been amazing.’

‘Let Me Love You’ was one of those, it moved me back when I heard it. I remember hearing it – it’s the DJ Snake song featuring Justin Bieber – and the melodies blend so well. I forget what part of the song that got me was – when he drops down right there, I just love melody, I’ve always just loved melody since I was a kid.

“And so – it wasn’t even my idea, though. My other guitar player who sang mostly on that song, J.R., sent me a demo version of it, and I was just like, ‘Dude, yes, 100 percent.’ And I had a vision of a female singer immediately, and that was like two years or more before the album came out, so yeah.”

Welch responded, “I have, I’ve watched a little bit, we know some of the same people, I’ve never met him yet, but it’s really cool, man. I can’t even imagine him being as big as he is and then coming to Christ, it’s just, he went through the same thing I did, but it’s just on a whole another level. Everybody knows him.

Some Christians like to tear them down, you know, because he’s like professing Christ, and then next thing you know, he’s like in a video where it’s not exactly like they want it to be. He’s freaking in his early 20s, you wanted to have it all figured out just right off the bat? Give him some time to grow, give him some time to mature, give him time to hear the leading of the spirit, you know, what things to lay down.

It’s just like, people are so quick, Jesus, save us from your followers, you know. [Laughs] So yeah, I’m rooting for him, I don’t care what religious people say, he’s doing good and he had a genuine touch, I could see.” Ultimate-Guitar transcribed Welch’s remarks.