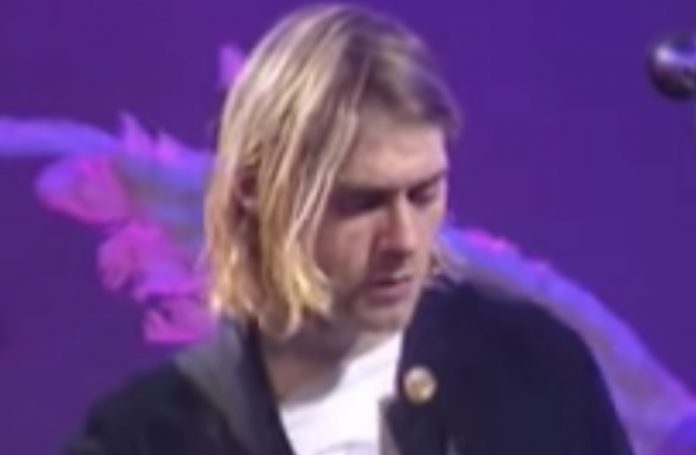 Former Screaming Trees and Queens of the Stone Age singer Mark Lanegan discussed Courtney Love helping save his life when he was struggling with drug addiction in a new Rolling Stone interview. Lanegan said he had tried to avoid Love while Kurt Cobain was alive and they were married, but she helped him as he cleaned up his life. He also discussed Cobain trying to call him the day he died in April 1994.

“She was directly involved in saving my life. I had to write about that. I will always carry great guilt about my actions on the day Kurt decided to do what he did, because I willfully ignored him. I had done that because around that time I had become accustomed to trying to avoid being around Courtney. I assumed that she would be there. Also, I was just a fucking shithead who was self-centered and didn’t respond to his friends — even though he would have picked up the phone anytime I called.”

He later discussed Courtney Love helping him get clean, though he had previously brushed her off as he only wanted money for drugs. Lanegan remembered, “The literature she had left for me at the pawn shop was about an organization called M.A.P., the Musicians’ Assistance Program, which was set up by this jazz-saxophone player named Buddy Arnold to help people who didn’t have money and had worked in music to get clean.

They paid for my rehab. But I realized I needed a lot more than just that, and Courtney ended up paying for my rent there for months. I was also unemployable and a mess physically after all the years of doing damage to myself. I remember waking up in rehab and the room was filled with bags of new clothes that she had sent in.”

Lanegan also recently discussed late Alice In Chains singer Layne Staley made sad comments about his use of heroin in 2001.