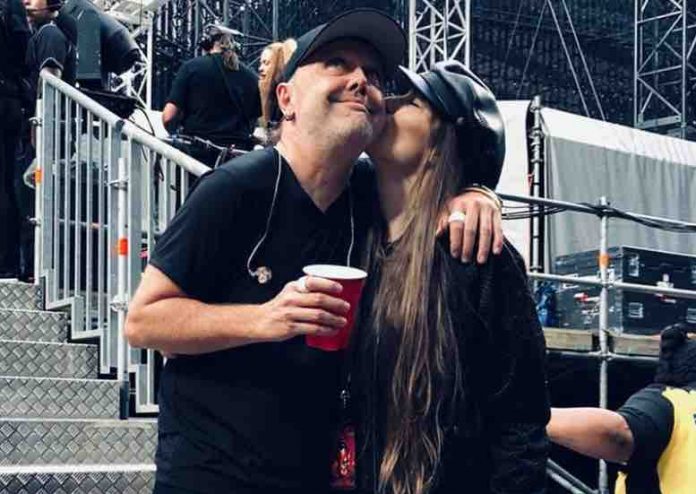 We are in the dead of winter but the wife of Metallica member Lars Ullrich, Jessica Miller is keeping warm as she wore this stunning swimsuit in this newly posted beach photo that she put on Instagram. You can look at the picture below. Metallica ‘bring back’ bassist in emotional announcement.

In other Metallica news, fans took to social media to react to the legacy and impact of one of Metallica’s most signature albums – Master of Puppers. One fan stated: “[The album] sounds great, it’s like I’m hearing things in the tracks I’ve never heard before, and with more impact. Improved sonics all the way around the sound spectrum for sure and the included extras are like icing on the cake. The demos tracks CD and the live tracks CD (all performances taken from the Damage, INC tour) are all quite listenable. The twenty-minute long interview with Cliff Burton was interesting to listen to but also sad since he is no longer with us. He seemed low-key and down to earth. He talks about how he was still living with his parents, etc. And looking through the included pictures, you really get a sense of how young all band members still were at the time of the album’s release. Jason Newsted looks sad in photo with Metallica replacement.

Metallica’s singer takes brutal shot at Jason Newsted in photo. Another fan put: “Yeah, grab this album, jump in your Camaro and cruise over to the high school. Get out, stand on the hood, and embark on the wildest air guitar session you’ve ever experienced. The wind will be blowing through your grizzly mane, sweat will be dripping down your brow and, the police will likely be called. We used to do this when I was in high school. We called it “Metallica Drive-bys,” and we were awesome! If you wanted to form your own air guitar syndicate and rock your way into the cosmos, this CD is a good soundtrack.”