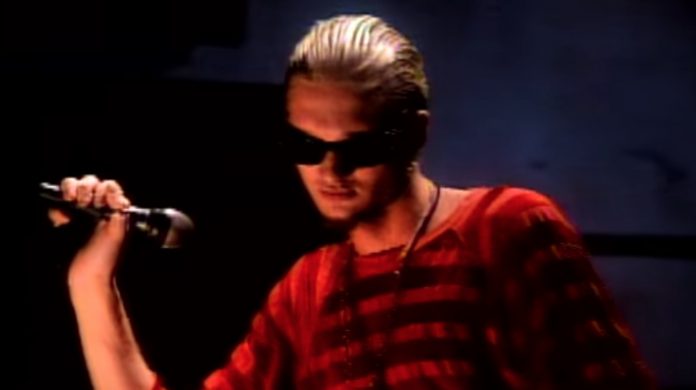 Many bands out of the 1990’s Grunge era ended in reasons of mixed attitudes. There were a ton of personalities locked into a van or studio at once and they were struggling a lot more financially than they led on. One of the more relaxed bands to be in at the time were Alice In Chains. While there were instances of the band being a bit salty to one another; it was never to a degree of stories such as Kurt Cobain “hating” Dave Grohl.

And while the group’s discography has managed to stay pretty much unbeatable, their 1992 genre-defining masterpiece “Dirt” marked the moment when Staley also came into his own regarding songwriting duties, previously taken over by Cantrell entirely.

In a new interview with Billboard, drummer Sean Kinney recalled how two of the most iconic moments of the record came from the singer’s reluctant ideas:

Kinney: “Layne started playing guitar more and he had these riffs, and I don’t know if he really wanted to use them with the band. I think he was thinking about some other sh*t. But I remember just us thinking of how cool they were and wanting to jam on them. So we wound up developing those up as songs and put them on the record.”

Cantrell then added: “Layne came into his own as a guitar player, and he wrote a couple of fantastic tunes on the guitar with ‘Hate to Feel’ and ‘Angry Chair’. I love those tunes, and I also love the fact that he got the bug to pick up the guitar. I remember he showed us those tunes and he was thinking about doing them for a record on his own.”

Many would suspect that Layne got the ideas from Jerry Cantrell since Cantrell was already a legendary guitar player within the first few years of the band. This was not the case.

Cantrell went on: “He was a big fan of Nine Inch Nails and Ministry and the whole industrial movement, and those were songs he pocketed for that. Then he played them for us and we were all like, ‘F*ck, those are cool. We should do those.’ And he reluctantly agreed. And we cut them, and they turned out to be two amazing songs that very much fit the record, for sure.”

Regarding the duo’s songwriting partnership, the guitarist said: “We work in a really interesting way, especially lyrically and melodically. The way that Layne and I worked together, we had a pretty good partnership. We didn’t really talk about things too much, but we just filled the other half of what the other guy didn’t have. Like if I was stuck somewhere or I didn’t have an idea, Layne always had it, and if he was stuck somewhere, I always had it.”

Cantrell added: “It was a really cool thing we had. On that particular song [‘Rain When I Die’], I had a really strong vocal idea and a cadence for the song, and so did he. He showed me his idea, and I showed him mine. And the weird part of it was where I had written lyrics and places to sing were the spaces and the breaths in the song for him.”

He closed: “So I’m like, ‘Dude check it out. My line fits your gap and your line fits my gap. Let’s put ’em together.’ We just combined them lyrically, and it was weird how well it worked. We totally did not communicate what we were writing about, but it worked together. That’s one of my favorite songs on the record.”