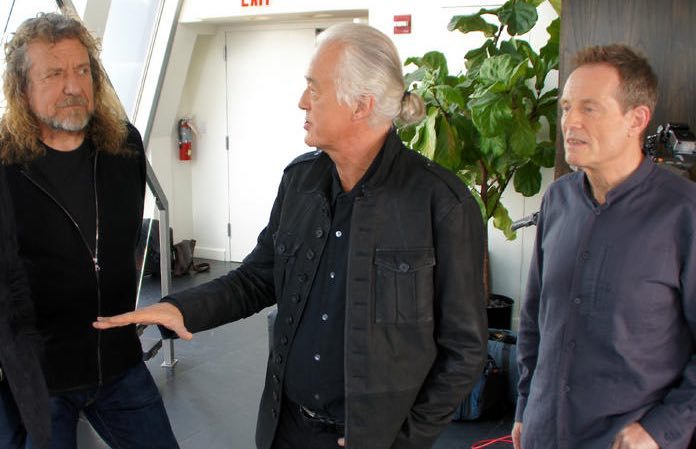 The former Led Zeppelin bassist John Paul Jones is currently working on a new film soundtrack with his band Snoweye as per the reports of LedZepNews. Jones had formed Snoweye in 2017 with Elle Márjá Eira and Lucy Parnell. The band has only performed a handful of times but has its own website and company incorporated in the UK. Led Zeppelin icon was upset after Jimmy Page replaced him.

Jones would originally form what was then known as the ‘new Yardbirds’ with the aforementioned Jimmy Page. Frontman Robert Plant. along with John Bonham would then join the two shortly later on soon become what we now know as Led Zeppelin.

Snoweye have recorded original songs for the soundtrack to the film “And Anne,” according to the film’s listing on IMDb, and the band appear on the film’s soundtrack courtesy of music publishing company Warner Chappell Music. “And Anne” is a feature film seemingly set in Iceland that has been in production since 2019 but hasn’t yet been released. IMDb lists its runtime as 1 hour 48 minutes.

Jones had formed Snoweye in 2017 when the group performed together at the Ice Station Vadsø festival in Norway on June 22, 23, and 24. There was some initial local press coverage in Norway in 2017 when Snoweye was formed.

Jones was interviewed by Norwegian television station NRK about the 2017 music festival as well as Snoweye, and was also filmed rehearsing with the band. The band has its own official website featuring photographs of the band and the group set up a music publishing business in the UK in November 2019. Company filings in the UK show that Jones, Eira and Powell each own a third of the shares of Snoweye Music Limited.

We will have to wait and see when the movie if confirmed by the stars of the movie.