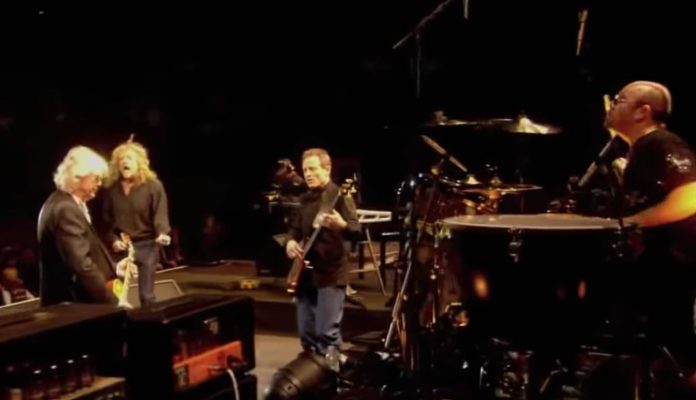 Foo Fighters drummer Taylor Hawkins recently passed away at the age of 50. He breathed his last at the Four Seasons Casa Medina hotel in Bogota, Colombia. Many have poured in their tribute to the legendary drummer. Recently Jason Bonham, whose father is drummer John Bonham, one of the original members of the legendary rock band Led Zeppelin, spoke to Joe Rock of Long Island, New York’s 102.3 WBAB radio station about the recent passing of Foo Fighters drummer Taylor Hawkins.

John Bonham died suddenly in 1980 at the age of 32 after choking on his own vomit, following a night of heavy drinking. Within the previous 24 hours he had consumed around 40 shots of 40 percent ABV vodka. Jason Bonham said that Hawkins’ tragic death made him recall the time when his father had shockingly passed away.

He said: “When we lost Taylor, it open[ed] a floodgate of memory for the day that I found out my father passed. And to [Taylor’s] family and to his friends and his children, my love and best wishes go to them with every ounce of me. He was a wonderful person. I got to hang with him on several occasions and Dave [Grohl, Foo Fighters frontman], and the whole band are just amazing guys.”

Hawkins’ cause of death is still not officially confirmed, but there are reports. ‘According to those close to him, the death could be related to the consumption of drugs.’ The Daily Mail reported this alleged statement. He had a history of drug abuse.