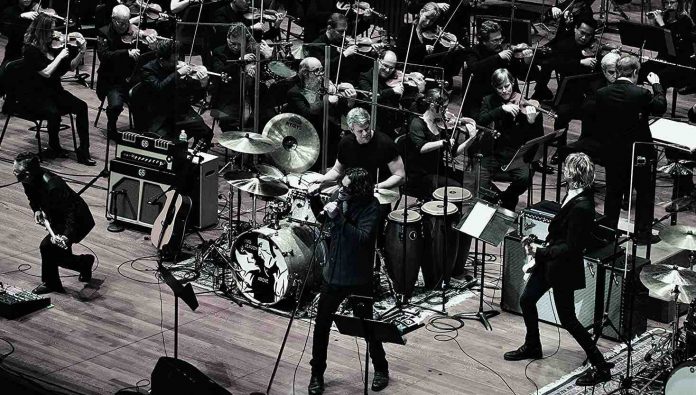 “As some of you know, one of the things I do when I’m not producing rock albums, is I produce albums for indigenous people, on location in their sovereign lands. I produce the albums for free and pay all the expenses, and the indigenous people earn 100% of the royalties. It’s one of the greatest joys of my life, actually. I have done this for the Shipibo Shamans in the Peruvian Amazon (2 albums so far), and I recently finished an album for the Gwich’in people in the Alaskan Arctic Wildlife Refuge.

I have been to Alaska many times, I love the people up there, but the Arctic is in a severe climate crisis. This album was recorded on location in the aptly named “Arctic Village” and it has Gwich’in elders telling stories, and a lot of their traditional fiddle music (the fiddle made its way to the Arctic with Irish and Scottish fur trappers in the 1800s). The album is out now on all digital platforms through my distribution deal with Sony Music, and the CD just came out too. Please support the beautiful Gwich’in people by buying their music and listening to their wonderful stories. Again, 100% goes to the people, as it should be. Love to all, Barrett.”