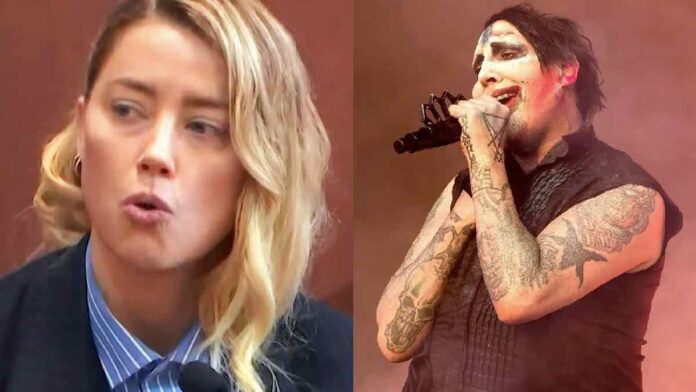 For the longest time, the internet was torn between Johnny Depp or Amber Heard when it came to their respective case that was hard to look away from no matter where you were or who you were speaking with. The trial ultimately saw Johnny Depp “winning” the trial which caused the vast majority of the internet to rejoice and feel that their pick was the one that was the most deserving.

We are now a few weeks removed from the trial and now we are seeing many more people coming to the side of Amber Heard, most notably, her friends and family who truly feel that she was the victim and Johnny Depp was lying about everything during the trial.

One of her biggest defenders is her friend, Eve Barlow. The aforementioned friend of Amber Heard recently not only defended her friend during the Johnny Depp trial and after as well, but she also started speaking about Marilyn Manson and the whispers of abuse that he has supposedly caused to many women including Evan Rachel Wood.

Not only is Marilyn Manson good friends with Johnny Depp, but he is also the ex-husband of Evan Rachel Wood, who has made claims about abuse involving Manson. Eve Barlow has warned the public that the amount of exposure and negative press Amber Heard got is about to happen to Evan Rachel Wood, as well as she feels that fans will not be able to handle the truth of the situation.

There has been small waves of people and outlets talking about the possible abuse that Manson has caused and it does look different from the Johnny Depp trial as former fans are having no problems at all canceling the shock rocker. If anything, people almost expected that something like this would come up about Marilyn Manson.

Eve tweeted, “If it can happen to Amber it can and it will happen to many others. I hope you never know it.”