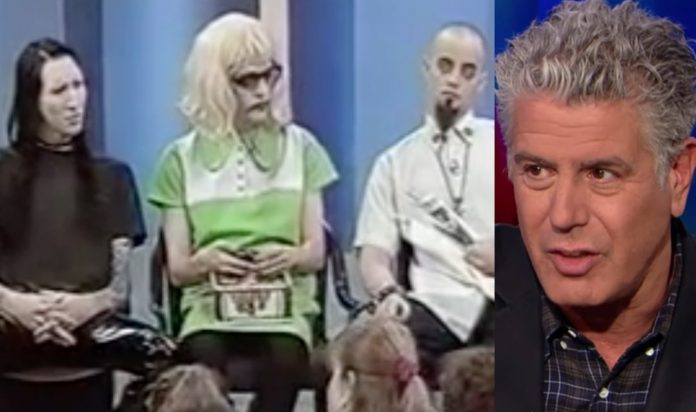 Pogo criticized Chris Cornell and Chester Bennington for their suicides last year, saying that he was upset at them for leaving their children behind. Pogo said he has had his own suicidal thoughts, but he got help. Below are his recent Facebook posts:

I should really go off on Kate Spade and Anthony Bourdain, but I won’t. We already know how I feel about people who commit suicide with children.

Especially rich and successful people who can afford to get help…

As I pass by homeless people sleeping outside of Fulton station, who still haven’t given up the ghost… I grow ever-more infuriated.

I guess it is SOOO hard to be a wealthy white person, with a nice home and children, in America today? Wtf?!

Maybe being rich and famous and white turns you into a selfish weakling?

I don’t care what other people feel, I care how they act, and how that affects other people, particularly their children. And Don’t lecture me, I’ve been there, I got help. They are rich, they could have done the same.

My entire post is very particular about people who commit suicide when they have children they need to take care of, and how that self-inflicted crime damages those children ad infinitum.

When you have children, you have to change your priorities, you are no longer as important as they are. No matter how much pain it causes you, you must stay alive for them. And always, always, try and get help.