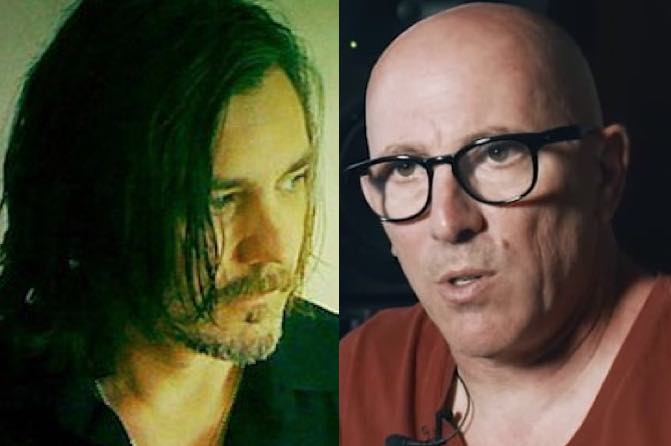 Tool bassist Paul D’Amour quit Tool in 1995, and Maynard James Keenan made a call asking that Justin Chancellor join after Chancellor asked him what he ‘wanted.’ Chancellor initially disrespected Keenan, rejecting the request, before later agreeing to join. Chancellor told the story on Ernie Ball’s Striking a Chord podcast. Tool recently revealed if Maynard James Keenan is paid more than his bandmates.

“I basically got a call, I got told that there was a call at my flat, I think I was actually doing a gig with Peach. ‘You got a call from the guys from Tool.’ At this point, we’ve done a couple of shows supporting them in London, when they did their London shows, they asked us to support them. We’ve also gone to LA with the help from some of their people and done four shows in LA as Peach, which was incredibly exciting.

Maynard James Keenan called out a Tool boycott a few days ago after the release of the new album Fear Inoculum. Chancellor added, “Anyway, I got the call, I called them back, quite nervous, I’m, like, ‘What do they want?’. It was Maynard [James Keenan, vocals] and he’s, like, ‘We would like you to come out and audition to be in the band.’ It was a little too much to absorb and take in, and I think right on that first call I basically immediately just said, ‘Oh, I can’t do that.’ Again, the details are a little sketchy at this point. Essentially, I said, ‘Thanks very much, that’s so nice of you, but I’m way too busy here.'”

MuscleFlex_Bear recently told a funny story about Adam Jones’ appearance on Talk is Jericho. Tool recently were asked about the Rock and Roll Hall of Fame.

“There was a small conversation in that podcast where I literally smiled from ear to ear. Adam was talking about Danny and his drumming ability and he said something to the effect of, ‘Sometimes I bring a riff in and Danny [Carey] starts drumming and he goes so complicated with it I almost forget what I wrote and I say, Danny please can you please play something less complicated.’

I don’t know why that stood out to me but I think his voice went a little sheepish and it was almost like him asking his friend to play the game on hard or something LOL. If you haven’t listened to the podcast yet it’s well worth it.”

Ultimate-Guitar transcribed Chancellor’s remarks from the Striking a Chord podcast.