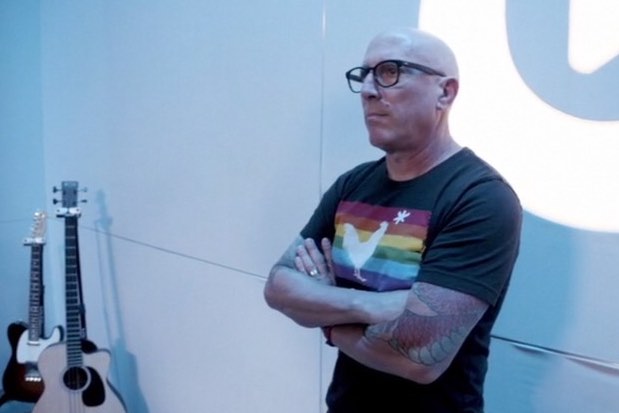 Maynard James Keenan doesn’t often get emotional with his Tool bandmates, but he participated in a group hug as he said goodbye at the last Tool show of their fall 2019 ‘Fear Inoculum’ North American tour. A photo even surfaced of Maynard hugging his Tool bandmate.

AbacabLurker posted on Reddit, “Even Maynard can’t resist a bro hug on the final night of the tour.”

Alwaysfavoriteasian said, “So we’re clear. He wore the same get up each night? Is that a signature thing? New fan, sorry for the disturbance in the force.”

AbacabLurker responded, “He has discussed in interviews the various clothes and wigs he uses to play a character for each of his bands. The costume is all part of it.”

Maynard James Keenan was injured at a Tool show a few days ago. Tool fans also said they are going through withdrawals with the tour ending. Northcarolinagirl38 wrote, “Literally feel like I am going through withdrawals since I know I won’t be seeing TOOL again live for a while. Anyone else relive it over and over in their head afterwards? It’s all I can think about! Wishing I was rich and able to travel to all the shows.”

Northcarolinagirl38 chimed in, “That’s exactly what I’m saying! I’m getting so jealous hearing about the DC show tonight knowing there’s no way I can go. Oh well. Maybe Atlanta next year 😊.”

TraciBauerVowell responded, “Go to Atlanta! Tix still available. There are no bad seats! My friend kelly is flying to Nashville to meet me after her 2nd show on this leg (Nashville her 3rd and my 2nd) YOU ARE NOT ALONE!! It’s an amazing experience!!!”

QueenofDusk said, “I also saw them at Barclays. I’m having concert withdrawals too!! That was my third time this tour and I didn’t want it to end!!!! I had meet so many great people and made new friends. There are some decent videos on YouTube from that night. Go watch some of them.” A Tool member canceled a performance with a ‘sickness’ last weekend.

Even Maynard can’t resist a bro hug on the final night of the tour. from r/ToolBand