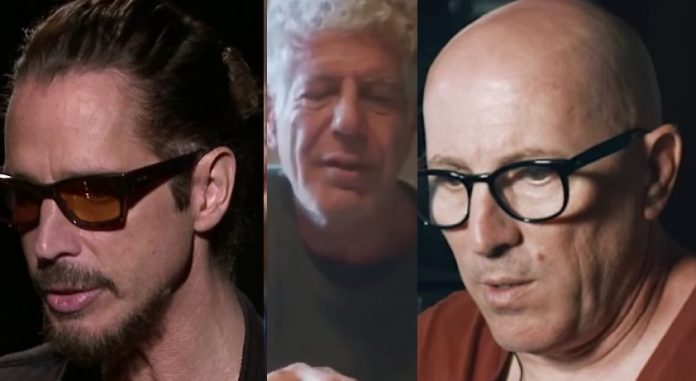 He mentioned them by name, and put his fist in the air. He didn’t talk in depth about it, but he stood there for about 30 seconds, and just stared.

The show opened with ‘Eat The Elephant’ the title track from their latest release and already Keenan and his band had the audience hooked.

‘Disillusioned’ followed after the opening number and fans were introduced to the majestic guitar playing of Billy Howerdel. Keenan brought a theatrical feel to the show, and it’s not the hokey stuff served up by the likes of Alice Cooper and Marilyn Manson, not that’s there’s anything wrong with what they do, but with this type of theater it is actually emotional. Many people had tears in their eyes as the lights changed during ‘The Contrarian’.

In the middle of the show emotions ran high again when each band member returned to their pedestal and the image on each one appeared of a stem of petals and then fans were surprised when Keenan started to sing John Lennon’s ‘Imagine’. At the end the response was overwhelming and goose bumps were running out of supply hearing Keenan’s voice on this track.

There isn’t video of the AC/DC cover from this show, so below is the only version of it on YouTube.