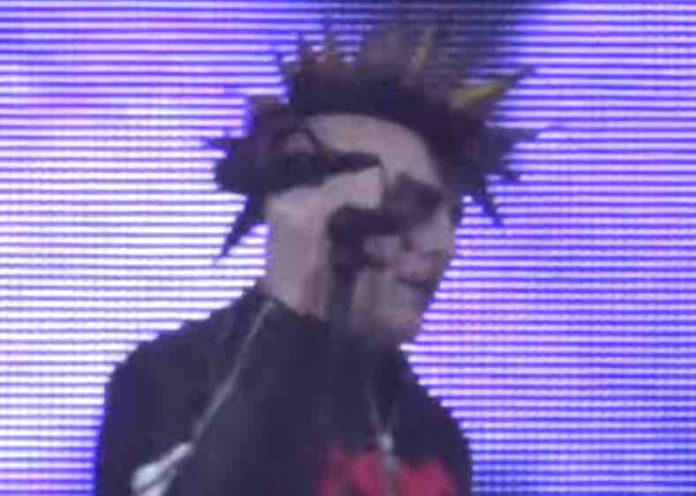 He wrote, “These songs were delivered with enchanting visuals, but not even Maynard James Keenan’s vocals were able to add to this presentation. Keenan hasn’t lost his ability to maintain a delicate tone, and he still manages to economize his breath in such a way that lends consistent delivery across his broad vocal range, but even while performing classics like ‘Schism,’ his vocals come off as disappointingly stale.”

Gravely was ripped in Facebook comments, and later wrote on his own account, “Y’all wouldn’t believe the notifications I’ve been receiving from butthurt Tool fans.”

Cjod86 wrote on Reddit, “I guess I get what he’s saying (to an extent), but I like their music enough that I could listen to a never-ending set, and Tool can pretty consistently fill a venue with folks who feel the same. So this guy can go stinkfist himself. As far as I’m concerned the show’s not for you ‘buddy’.”

Lubrongo23 added, “He wrote it clearly to get views. What he said is wrong with Tool is the same thing that can be said about 90% of any rock band that has been around for 20 years. Fear Inoculum is amazing.

I think it was the perfect follow up to 10,000 days. Should they go experiment a little more next album? Sure, but it’s not a reason to trash their live performance. They’ve never been David Lee Roth on stage and they don’t need to be. Fans go to listen to the music and take in their visual art work.” Tool recently confirmed a 2020 tour without original members.