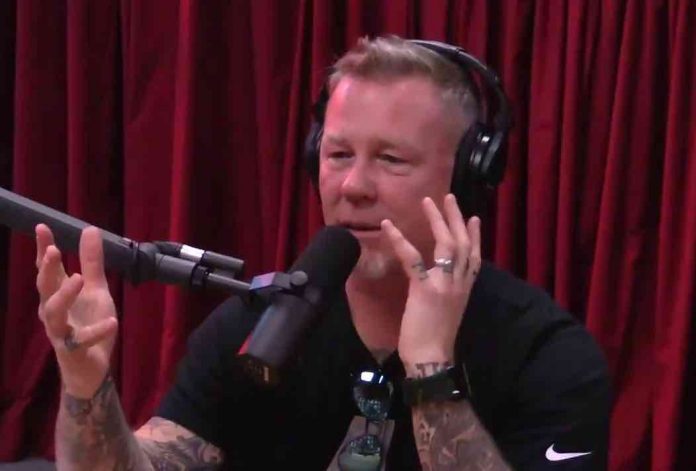 The former Anthrax and current Armored Saint singer John Bush recently revealed that he was offered an opportunity to join Metallica in the early ’80s. However, he had turned it down. Queens of the Stone Age & Metallica Supergroup recently stunned the fans.

John Bush outlines why he rejected the offer the join Metallica

Bush spoke about his decision in a new interview with Waste Some Time With Jason Green. He said that he was delighted to get the offer and he will always have the same feeling for the offer. But, he believes that wasn’t his destiny. According to Bush, no other singer should be the front of Metallica other than James Hetfield:

“I’ve been talking about this for many years now. I’m always gonna be completely super flattered about the fact that I was asked to join Metallica back in the early ’80s. It just was never meant to be my destiny, is what I always say. There’s no other singer that should have been the singer of Metallica other than James Hetfield.”

He added: “That was meant to be, and that’s kind of the way I see it. Like I say, I’m always flattered that I’m always connected to the history of that band — it’s a huge feather in my cap, so to speak — but at the end of the day, it just was not my destiny to be the singer of Metallica . I had a different fate in store.”

Bush also noted the ‘awesome experience’ about joining Metallica on stage on December 7, 2011 for the second of four intimate shows at the Fillmore in San Francisco as part of the week-long celebration of the band’s 30th anniversary as a band for fan club members only.