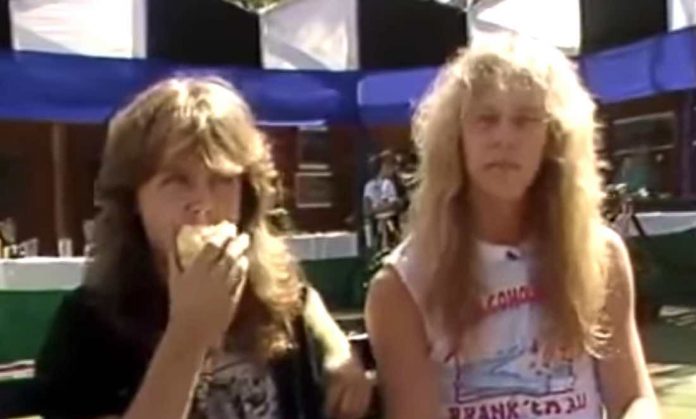 In other news regarding Metallica, fans recently took to social media to discuss the legacy of Metallica’s impactful music video for ‘One’ which debuted thirty-one years ago. On the group’s official Facebook page Norma said: “The day this video came out my brother watched it with tears in his eyes, his birthday would have been tomorrow, he died 20 years ago at the age of 23, Metallica you were his favorite and his life. Thank you for the memories, I cherish you and think of him when I hear this song!”

James Hetfield left a huge tip at this restaurant. Meanwhile, Doug wrote: “holy cow did this video open my eyes to a whole new world; I was in 7th grade and caught this spring of 1989. I went from “listening mostly to music my parents played” to listening to music I was now exploring/getting into. This video opened the door and is still a great video!”

Over on Reddit, DrunkenGringo proclaimed: ” It was their first music video. It was a watershed event for ‘heavy’ music. Up until that point, only hair metal rock bands had videos. Perhaps it wasn’t as genre-defining as Pearl Jam’s Even Flow which made everyone wear flannel for a decade or Nirvana’s Smells Like Teen Spirit which was the nail in the coffin for hair metal, but it helped shape the face of heavy metal for a long time.” This Metallica icon reveals Dave Mustaine ‘sickness’ photo.

I don't really play anymore , but thanks for asking.