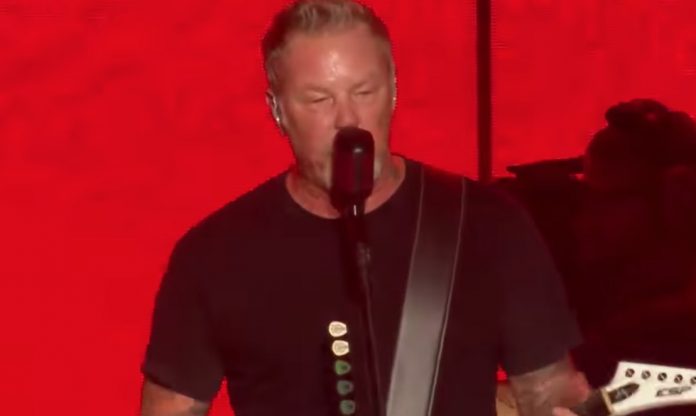 If you remember, Robert McGovney, then you are truly a Metallica fan. For a stint in time, Robert was the bassist for Metallica. While the band began to blow up and lead the metal charts, Robert takes a step back to reflect on his time spent with the band as he is now clearing out his record collection for all to have a chance at.

The former bassist of the band detailed an album he is currently selling on eBay which is a Samson record. The record can be had for a very low price, but the story that Robert tells is almost priceless in of itself.

The description of the item was detailed as followed by the former Metallica bassist, Ron McGovney: “This item comes from my collection of around 500 vinyl LPs , EPs , and singles. I was never really a collector. These records are the same ones that I listened to in my teens and 20s. When I was the bass player for Metallica back in 1982 , the band rehearsed at my house. The records that I am listing here are the same ones we jammed with , partied with , and just basically rocked out to. I am enclosing an autographed photocopy of an early Metallica flyer with every sale. The flyer will be numbered, and the inner sleeve of the record will also have the corresponding number. They are a set. I will list records as soon as time allows. Thanks for bidding and I hope you enjoy the collection! Take care…..RonMcG”

McGovney also had some time to take a shot at Bruce Dickenson as he noted: “Back in 1981 when James Hetfield and I were jamming at my house in Norwalk, California we loved this album. Yes , this exact album. We especially liked the singer Bruce,Bruce. When we found out that he was replacing Paul Dianno in Iron Maiden, we couldn’t believe it. I said that Bruce ( now known as Bruce Dickinson) would never fit in. His voice was great , but not a good fit for Maiden. Man , was I wrong. This is why I am not a gambler. The album has been in a sleeve since I bought it more than 40 years ago. The insert , album , and cover are all in great condition. I have included an autographed copy (not an original) of Metallica’s first shows flyer. I also threw in a couple of signed photos from the pre-induction party for Metallica before their Rock and Roll Hall of Fame ceremony in 2009.”