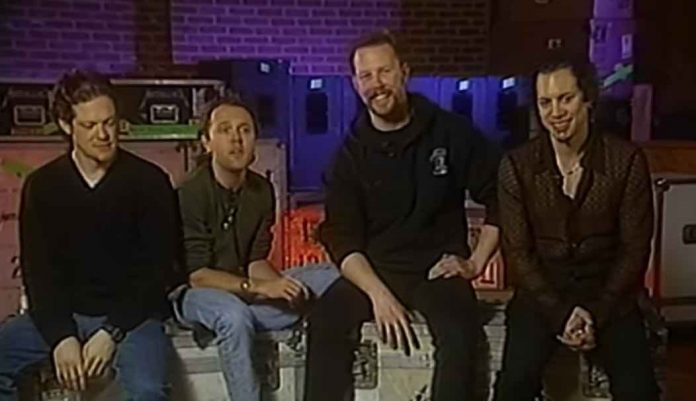 Metallica’s alternative rock in “Load” and “Reload” is a well-known story and it was released three decades back. They drew inspiration from Alice in Chains and Corrosion of Conformity and the records were initially polarizing to a fanbase whose hardcore segment was already skeptical following the more accessible sound of the 1991 behemoth “The Black Album”.

The aesthetic controversies also came in as the band committed the sin of cutting their hair, and sporting facial piercings and eyeliner in the era’s music videos. However, in retrospect, many fans grew to admit that “Load” and “Reload”, while somewhat excessive, are great monuments to the ’90s alternative era, and contain some of Metallica’s finest tunes.

In a new interview with Metal Hammer, Bob Rock, who produced both albums, defends the band’s creative decisions, saying:

“One of the most admirable things about the band is they really don’t think in terms of people’s reactions. They just do what they feel is right for them. They don’t take into account what people think. When they go in a direction and they make a commitment to doing something, they just do it. And they don’t hold back.”

“I just think they just saw that culture was changing. And the rules of metal are very confining. The drum sound has to be a certain way, you can’t do harmonies. I mean, that’s just no fun.”

“There was no conceptual decision that they would go somewhere different. [Working together in the same room during the sessions] freed them up from concentrating on what made them who they are. They realized that they could stretch the boundaries and that’s what ‘Load’ and ‘Reload’ were.”