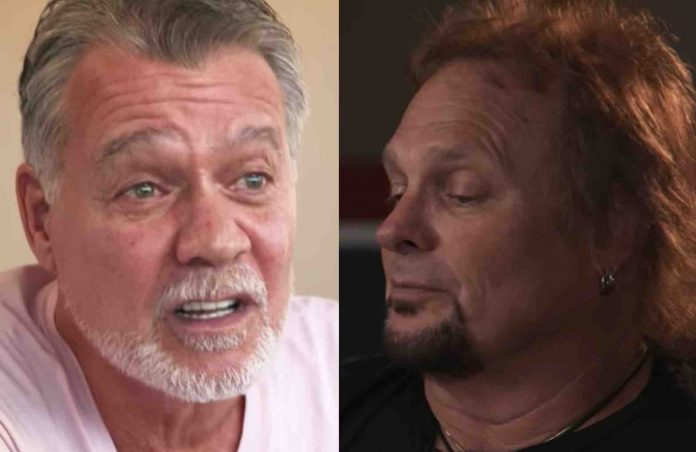 Van Halen’s engineer has claimed that Eddie Van Halen was the bass player on “Hot For Teacher.” It’s unknown if Michael Anthony could have contributed additional work on the song, as he did sing backing vocals while recording. Van Halen were almost joined by a Foo Fighters member in the studio a few years ago.

Check out Sammy’s friends shoutout the Red Rocker! And tune in TONIGHT for the Rock & Roll Road Trip series finale!

During this hour-long live special, Sammy will be joined by a special guest while looking back at the good, the bad and the hilarious moments over the years of shooting his show, culminating with a heartfelt performance of a Van Halen classic.

Get more info on Season 5 at redrocker.com/rockandrollroadtrip

One fan commented, “Come on baby finish what you started!! And you sure did!! That finale was 🔥!! Congratulations on 5️⃣ seasons of one badass television series! That’s what #Dreams are made of.. and then some. ❤️❤️ Ps. There’s just nobody that says “Have Mercy” quite like Billy F Gibbons!! 😎”

Hagar responded, “😘In case I’ve never said it before. ‘You get it.'” Van Halen having four new albums in the vault was revealed last week, though it’s unknown if Hagar is featured.